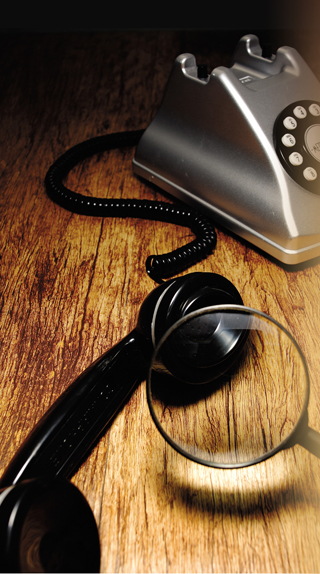 Despite government efforts to root out phishing attacks, the number of victims quadrupled over the past six years, data showed yesterday.

According to the Financial Supervisory Service, in 2006 there were 1,488 cases of phishing that cost victims a total of 10.6 billion won ($9.3 million). Though the government put out measures to tighten online security, the number of phishing activities last year grew to 5,709 and the fraud amount to 59.5 billion won.

“The number of victims keeps on growing,” said an FSS official. “The number of phishing activities dropped last year from the previous year following various policies to prevent illegal activities, but over a period of years the number has increased significantly.”

In June 2012, the financial regulator introduced a policy that automatically blocks withdrawals for deposited payments of more than 3 million won for 10 minutes. Three months later, the regulator strengthened the procedure for reissuing authentication certificates for online banking.

“Despite our efforts, many people are targets of phishers,” the official said.

From December 2011, the regulator started repaying parts of the money that was lost and as of May a total of 33.6 billion won had been returned.

The FSS, for the first time, released a report yesterday analyzing the illegal activity based on a study of 32,996 people victimized from December 2011 to May 2013. According to the report, the average amount lost per person was 9.9 million won. 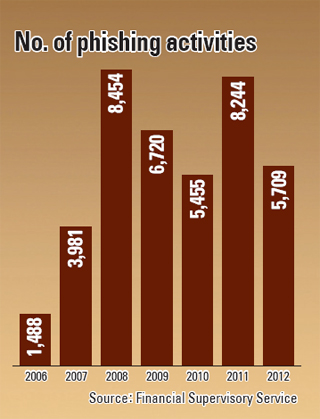 “In the past, victims were mainly old people,” said the FSS official. “These days, however, phishing methods have become diversified and there are victims of all ages.”

The report also showed that 68.4 percent of phishing activities occurred from 9 a.m. to 4 p.m., mirroring the business hours of banks.

The FSS said that during that time, it is easier for phishers to lure victims to automated teller machines or bank windows to make financial transfers.

“Our overall analysis showed that most of the time, phishers represent themselves as part of a public institution or a financial company, such as the police, prosecution, court, post office or Financial Supervisory Service,” the FSS official said.