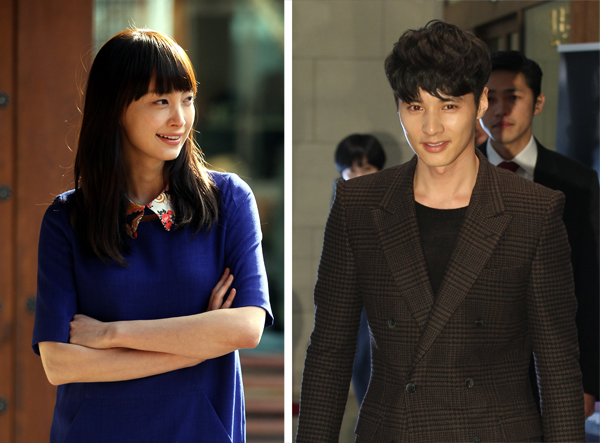 Actors Won Bin and Lee Na-young have admitted to dating, just hours after news broke that the two were snapped by the paparazzi, enjoying a date.

A spokesperson from Eden 9, the agency of the two stars, confirmed the rumor.

“The two have recently started dating after becoming acquainted with one another through the agency,” said the spokesperson, putting to rest rumors in which the press and netizens had claimed they saw the two around Lee’s house in Bundang, Gyeonggi.

The company added that their relationship is still in its early days, so the two were being cautious.

Early yesterday, the video-sharing Web site Gom TV announced that along with entertainment news specialist, Dispatch, they had secured footage of the two actors on a date. Gom TV said that they were on Won and Lee’s case for over a month to find evidence of the relationship.

Meanwhile, it wasn’t just the media that caught a whiff of the romance that blossomed between the entertainers. On a Won Bin fan club forum, some claimed to have seen the pair at a local cinema. Until now, it was just hearsay and the agency had claimed they were just friends. Lee switched agencies from Keyeast to Eden 9 in 2011.