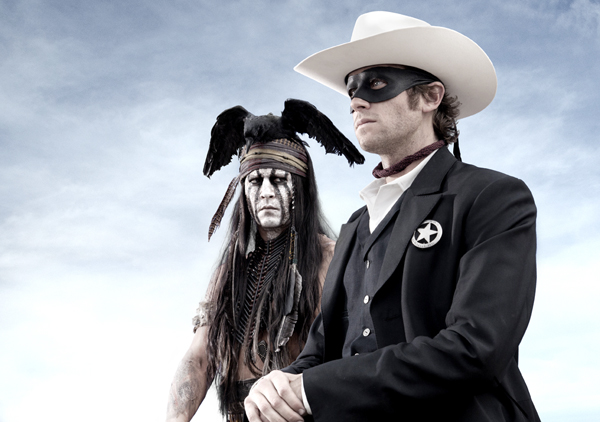 LOS ANGELES - “The Lone Ranger’’ seems to be already riding off into the sunset on its debut weekend.

The Disney Western starring Armie Hammer as the titular character and Johnny Depp as Tonto was outpaced 3 to 1 by Universal’s “Despicable Me 2,’’ which also opened Wednesday. The animated sequel collected $59.9 million in ticket sales so far, while “The Lone Ranger’’ earned a paltry $19.5 million.

While Disney is likely to recover based on its other strong offerings this summer, including Pixar’s “Monsters University’’ and Marvel’s “Iron Man 3,’’ the masked man’s dismal box-office showing may spell trouble for Depp and all but ends any hope for a Lone Ranger franchise.

“This is one and done,’’ said Stuart Oldham, editor of the industry trade site Variety.com. “You’re not going to see another Lone Ranger movie after this.’’

It’s a “big disappointment’’ for Disney, said media and entertainment analyst Martin Pyykkonen of Wedge Partners. Although the film had been set up for a sequel, “it’s obviously not even going to come close to covering the production costs,’’ the analyst said.

Years in the making, “Lone Ranger’’ filming was shut down for weeks in 2011 because of soaring costs that ended up in the $250-million range.

Poor reviews for the film may have contributed to the sluggish ticket sales. Chicago Sun-Times critic Richard Roeper called it “slick trash,’’ while the AP’s Jake Coyle said the two-and-a-half hour spectacle “finally, exhaustingly collapses in a scrap heap of train wreckage.’’

It’s a serious misstep for blockbuster producer Jerry Bruckheimer, director Gore Verbinski and megastar Depp, who partnered profitably on the first three “Pirates of the Caribbean’’ films. Depp’s take on Tonto has been compared unfavorably to Captain Jack Sparrow in face paint.

“[The studio thought] if we have Johnny Depp and we transfer him over to another funny hat and call him Tonto, we’re going to be OK, but it’s not OK,’’ said Gene Del Vecchio, author of “Creating Blockbusters.”