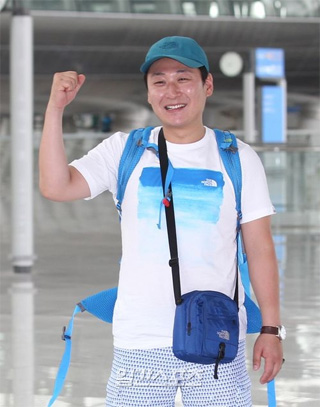 Television comedian No Woo-jin is getting hitched, in a ceremony scheduled for October, his agency announced yesterday.

His bride-to-be is going unnamed, but she is known to be a producer for an independent production company.

The couple was set up one year ago by a mutual friend who writes for “Law of Jungle,” an SBS broadcast on which No is a regular. No went public with his relationship last October on the program, saying he asked his then-girlfriend to begin dating seriously on just their second date.

No was planning to reveal his engagement on this Friday’s episode of “Law of the Jungle,” but the news leaked to the local media, prompting the early announcement.

No made his debut as a comedian on KBS in 2005, earning recognition for his role on the long-running program “Gag Concert.”

He is now a regular on “Law of the Jungle,” an adventure program that explores wild and unknown areas of the world.