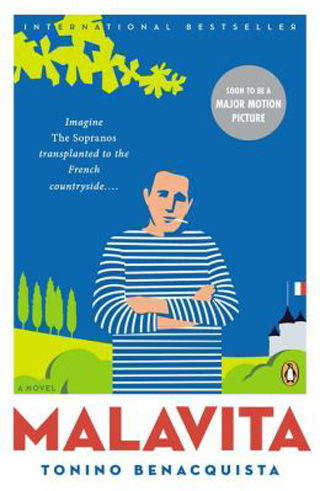 Imagine the Sopranos transplanted to the French countryside .?.?.

The Blakes are newcomers to a small town in Normandy.

Fred is a historian researching the Allied landings, while Maggie enjoys charity work, and their children are looking forward to meeting other teenagers at the local lycee.

Or so it seems.

In reality, Fred is really Giovanni Manzoni, an ex-goodfella turned stool pigeon who’s been relocated from New Jersey to France because of the FBI’s witness protection program.

He’s got a $2 million bounty on his head, but he and his family can’t help attracting attention (imagine the Sopranos in Normandy), no matter how much they try.

And when imprisoned mobster Don Mimino gets wind of their location, it’s Mafia mayhem in the same fashion as Josh Bazell’s “Beat the Reaper,” or like “The Godfather” as if it was written by Carl Hiaasen.