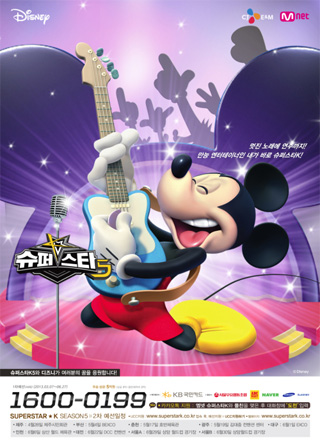 Mnet’s popular survival audition program, “Superstar K,” looks to be a hit in China, too.

“Superstar China,” a Chinese adaptation of the reality TV show, launched on July 7, is pulling in a 1.39 percent rating, according to CMS, a local media analytics company.

“Considering that a show is considered popular when it garners over a 1-percent rating, such a result shows that ‘Superstar China’ has become a great hit,” said a representative of CMS.

The representative said that the rating is even higher than other survival audition programs that are already popular in China, including “The X Factor” and “Chinese Idol.”

“I have once again realized that there are no national borders in music,” said Kim Ki-woong, director general of Mnet.

“The sincerity of each contestant has touched local audiences and has made them become one through music.”

Currently, producer Kim Tae-eun of Mnet has gone to China to help produce the show. He had directed the Korean series from seasons two to four.

In Korea, the fifth season of “Superstar K” will air beginning in August.