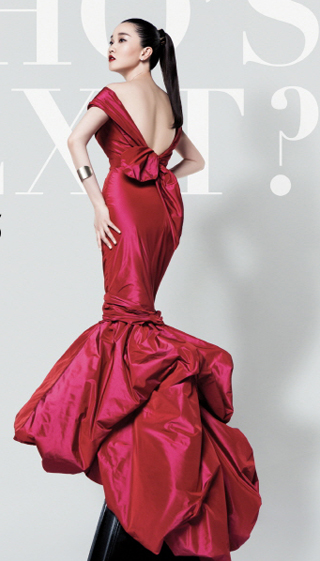 able channel OnStyle has released a teaser poster for the coming season of “Korea’s Next Top Model 4,” and is it ever striking - host and Korean supermodel Jang Yoon-ju in a bright red, mermaid-shaped dress, standing on a giant black-and-white chessboard.

Jang is one of Korea’s best-known models, but she has also made a name for herself appearing on many of Korea’s leading entertainment shows, including MBC’s “Infinity Challenge” and SBS’s “Running Man.”

“Jang is expected to judge more provocatively than ever, but also give warm advice and encouragement.”

The show, licensed from the popular show “America’s Next Top Model” in the United States, started its first season in September 2010.

“In the season three, we had larger-scale photo shoots and better quality photos,” said OnStyle.

“The show has been popular among women in their 20s and 30s and is now considered the best way to become a professional model in Korea.”