We Were There (All) 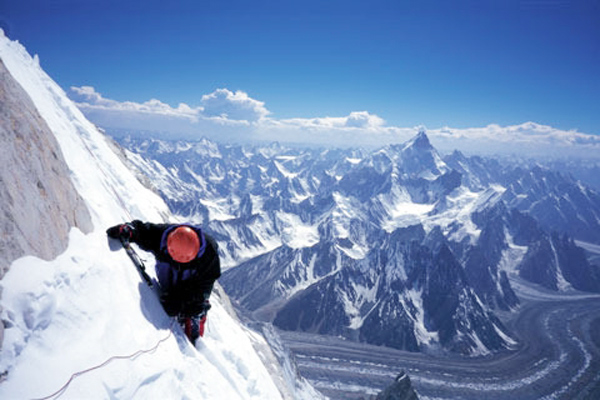 This documentary film tells the true story of the members of a mountain-climbing team who risked their lives to conquer Gasherbrum IV in Pakistan after failing to do so two years before. Gasherbrum IV is the 17th-highest mountain on Earth, and only two expeditions have reached its peak. During expeditions in 1995 and 1997, team members recorded parts of their perilous journey, and the director, who is also a savvy alpine photographer, brought the voyage to life by editing dozens of tapes with the help of the group’s leader.

The film follows 12 members of the expedition from 1995, when the trekkers began climbing on Gasherbrum IV. Before long, the Korean team meets another expedition team led by Slavko Sveticic. With a common dream, they develop a friendship and head for the summit together.

But they encounter hostile weather, during which Slavko vanishes. Then, the Korean team has no choice but to submit to Mother Nature and turn back. Two years later, the team returns to the mountain to make another summit attempt - and an emotional and inspiring journey follows.

A British coming-of-age film, Broken follows an 11-year-old intelligent, diabetic girl known as Skunk (Eloise Laurence) as she describes the events of a seemingly ordinary British suburb. Through Skunk’s eyes, we are witness to the intricate relationships of the various characters of the movie.

Skunk is raised by a single father who is developing feelings for Skunk’s babysitter (Zana Marjanovic), whose boyfriend (Cillian Murphy) is one of Skunk’s favorite teachers. One of her few friends is a young man named Rick, who lives in her neighborhood with his parents and has learning difficulties.

Skunk’s life begins to crumble around her when she witnesses a troubled man attack Rick. Her babysitter and her father start a relationship, leaving Skunk’s teacher alone. Rick offers no solace as he begins to isolate himself more and more. Everything that Skunk held dear seems to spiral downward.

Although the performance of the adult characters is weak, Laurence delivers a striking performance that saves the movie and earns it its title as a coming-of-age film. A rising star, Laurence gives new life to an otherwise bleak movie. This, coupled with its beautiful cinematography, make the feature-film debut of director Rufus Norris one not to be missed. 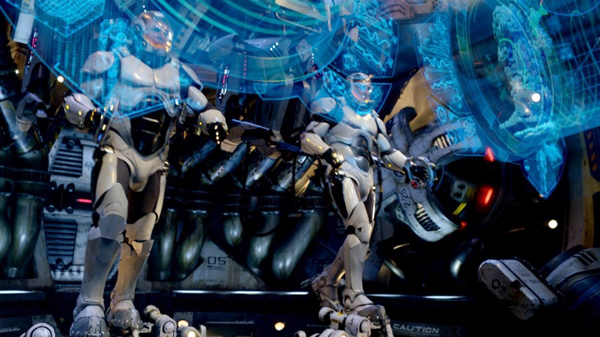 We knew this day was coming: robots versus aliens, or sea creatures that from this point will be just called the Kaijus, because the film is quite vague about that aspect.
Despite the lack of knowledge on what exactly they are, where they’re from and the like, these Kaijus are a focal point of the story, because it’s to combat these deadly creatures from “the drift” (under the sea) that humans had to conjure up super-robots called the Jaegers, that need not just one, but two pilots to operate.
But as technology catches up, the monsters are also adapting, and the world is at peril. Cue the pilots.
Raleigh Beckett (Charlie Hunnam), one of the best Jaeger pilots who has gone into hiding after losing his copilot and brother, is given the chance to resume his duties, with the help of a female copilot with a past, Mako Mori (Rinko Kikuchi), and other pilots from far and wide, they are sent on a mission to wipe out the Kaijus one last time.
The plot is not the film’s forte; but it’s plain to see that action was what director Guillermo del Toro was concerned about. Action and monster depiction: those Kaijus are scary.
It is an awesome 3D feature, but many aspects of characters’ ties to one another remains untapped amidst the chaos of people and cities being swiped out, which unfortunately make the loss all the more trivial. 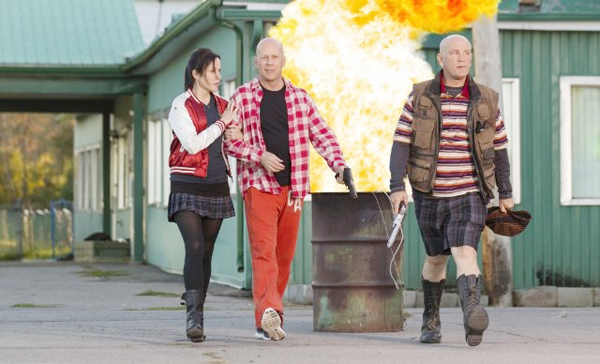 Who says old men are too old to kick butt? DC Comics is here to shatter that assumption once again with their new movie, “Red 2.”

“Red 2” is a sequel to 2010’s first installment of “Red.” The movie revolves around a group of retired CIA field agents trying to prevent a cold war plot to sneak a nuclear weapon into Russia, which could result in the destruction of earth as we know it.

The film vaunts a concept similar to “The Expendables,” bringing back memories of how old men can still be charismatic and awesome. This notion may target a wide range of audience members, including teens interested in action films starring baby boomers and more mature audiences that will welcome back their favorite actors to yet another action film.

“Red 2” is directed by Dean Parisot and was inspired by the limited comic book series of the same name created by Warren Ellis and Cully Hamner. The film stars a group of A-list celebrities, including Bruce Willis, John Malkovich, Mary-Louise Parker, Catherine Zeta-Jones, Anthony Hopkins and Helen Mirren.

The film also features Lee Byung-hun, a Korean actor and a familiar face to most Korean audiences. It won’t disappoint those who are eagerly anticipating this movie and are excited to see him on the Hollywood big screen once again. 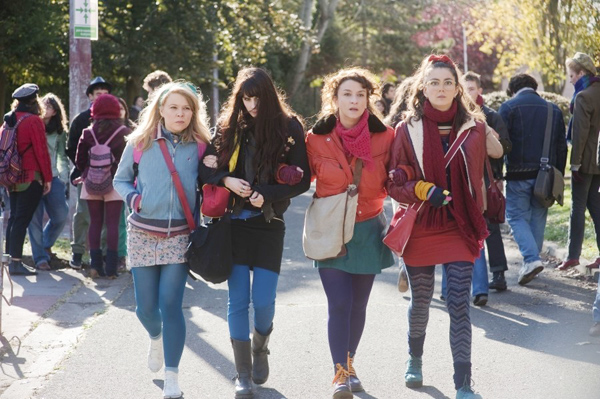 What would you do if you were 16 again? That’s the choice faced by 40-year-old Camille, a struggling actress who has just been left by the man she thought was the love of her life. Camille thought she had it all when she fell in love with a boy named Eric at 16 years old. Marrying Eric and having a daughter, the two were happy for some time. Fast-forward 25 years, however, and Eric is walking out of her life for a younger woman.

Bitter and lonely, Camille has one too many drinks at a New Year’s Eve party and passes out. To her surprise, she wakes up to find herself propelled into her own past, as a 16-year-old once again. Camille must go to school and live with her parents, and as she is 16 again, she knows what fate will bring into her life.

Before long, however, Camille finds herself falling for Eric once again. Does she pursue Eric knowing what will come 25 years later? Or will she seek out a new life for herself?

A recent fad of installing black boxes in cars reflects how much modern society has become highly-digitized and network-oriented. Such change allows police investigations in “Cold Eyes” to progress only through surveillance. This action-packed thriller is directed by rather unfamiliar faces in the Korean film industry, Cho Eui-seok and Kim Byung-seo. As a remake of a 2007 Hong Kong film, “Eye in the Sky,” the directors had to spend the given running time wisely. More emphasis was placed on action scenes; the unconventional use of long takes on Jung Woo-sung’s wire act, a car chase down the buzzing streets of Teheran, Gangnam, and other scenes will provide plenty of entertainment.