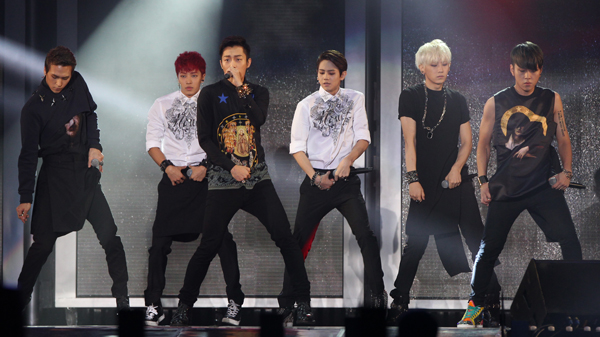 Unleash the beast - Boy band Beast performs in concert Sunday evening in the Olympic Park Gymnastics Hall, in eastern Seoul. It was the group’s first concert after a one-year break. The band premiered new dances and new songs for the band’s second album, “Hard to Love, How to Love” which was released Friday. By Yang Kwang-sam