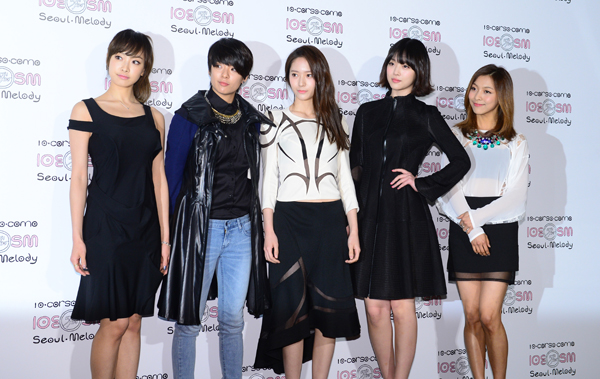 Two girl groups that released their comeback songs on Monday are competing to get ahead of each other.
Brown Eyed Girls are closely chasing f(x), who has the song “Rum Pum Pum Pum” ranked No. 1 on major local music charts including Melon, Mnet, Bugs and others, as its song “Kill Bill” is ranked in second place.
It is rare for the songs released on the same day to share the top two places on local music charts.
Besides the two, many of the girl groups are showing strength over boy groups, as only few of the male groups occupied the top ten lists.
On Melon, Beast is ranked No. 6 place with its new song “Shadow” while hip-hop group Dynamic Duo reached eighth place with its “BAAAM.”
Ailee’s “U&I” is ranked on the third place while Apink marked the fourth place with “NoNoNo.”