Harrison Ford, at 71, in higher demand than ever

Harrison Ford, at 71, in higher demand than ever 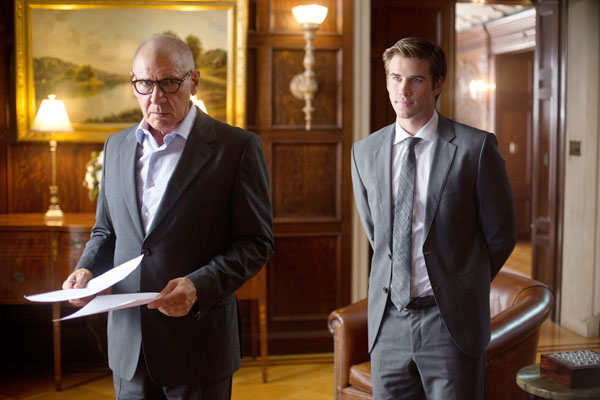 LOS ANGELES - After five decades of playing iconic characters - swinging a whip as Indiana Jones, saving Luke Skywalker as Han Solo, escaping from prison as a fugitive - Harrison Ford shows no signs of slowing down.

Ford, 71, has had an active year. After starring in the Jackie Robinson biopic “42” this spring, the actor now plays a tech billionaire in the thriller “Paranoia,” due out Friday.

The actor will also star in the big-screen adaptation of Orson Scott Card’s novel “Ender’s Game,” and rumors persist that he may be back as Han Solo in J.J. Abrams’ new “Star Wars” reboot.

Ford spoke to Reuters about his film projects, his love of flying and why social media is just not his thing.

Q. At this point in your career, you’ve probably played just about every type of role. What drew you to “Paranoia” and what keeps you going?

A. This was a character that I hadn’t played before and I enjoy working. I’m not good at sitting still. For me it’s the intellectual exercise. The real fun comes in solving problems - massaging a line into shape, making the rhythm of a scene work, getting the right blocking so it feels natural and easy. When I don’t get to do it, I feel kind of edgy.

You might be participating in the new “Star Wars” film. Will it be an original movie?

I’ll let you be the judge of that. Whether I’m involved or not, I’ll make judgments about it if I’m involved. I’ll try to do the best job I can. Certainly there are people that are interested in seeing what J.J. Abrams, out of his experience and understanding, might bring to the table.

If you were simply a fan of the franchise, a viewer of the films, would you like to see Harrison Ford back?

I’m not simply a viewer. I’m not. I work here. I know how the sausage is made.

In November, you star in “Ender’s Game.” Your character mentors a child who is training to be a military specialist and fight future alien invasions. Were you familiar with the book?

I was unaware of the book until the script came along and I was asked to be involved. The book was written 28 years ago and is remarkably pressing in terms of the things that are part of modern warfare. Also the questions of moral responsibility for military leadership, the questions involving young people in warfare, manipulating children possibly for the good of mankind - that’s pretty heady stuff.

Do you have any thoughts about those things as they relate to today’s world news?

I’m real interested in what’s going on in the world. I have personal feelings and opinions, but it’s not the opinions that drive my participation. I participate in things because I have an emotional recognition in the scenes that I’m reading about that’s beyond subject and is about human behavior.

You’re a pilot. What do you love about flying?

Challenge. Freedom. Responsibility. I’m always learning a new airplane and a new situation. I enjoy perfecting and maintaining those skills.

It’s just something different to my day job and I love being up in the air and seeing the world in three dimensions. It’s a different kind of perspective. I love flying out in the backcountry, in the desert, in nature. It really refreshes me.