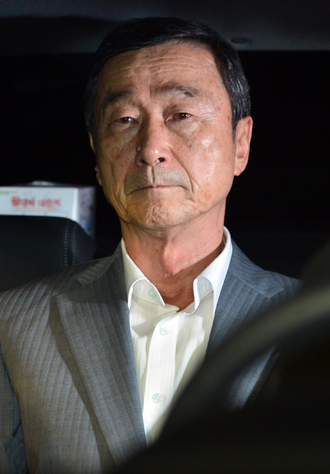 Kim Young-yoon, head of the nation’s top engineering consulting firm, Dohwa Engineering, was detained on suspicion of improper use of company funds when it participated in the Lee Myung-bak administration’s controversial four-rivers restoration project.

“We concluded that the prosecutors need to investigate deeper,” Judge Jeon Hyu-jae said. “We also worry that Kim might destroy evidence.”

On Monday, the Special Investigation Unit of the Seoul Central District Prosecutors’ Office sought a warrant to detain Kim, saying they secured information by questioning company officials over the past three months.

It said that Kim allegedly used the company’s funds to bribe construction conglomerates participating in the river project into giving Dohwa the design contract for the Haman Reservoir on the Nakdong River. About 400 million won ($359,600) in cash was allegedly given to Daewoo Engineering & Construction CEO Seo Jong-uk, who admitted taking the bribe on July 31. Kim is also suspected of embezzlement.

The four-rivers renovation project was supposed to restore and revitalize areas surrounding the country’s four major rivers - the Han, Geum, Yeongsan and Nakdong - at a cost of 22 trillion won.

The prosecutors have been trying to identify circumstances under which big construction firms like Daewoo colluded to win bids. Allegedly, they then distributed different parts of the work, including design and safety inspections, to subcontractors like Dohwa.

Thanks to the four-rivers project, Dohwa made a meteoric rise and became the largest civil engineering company, raising suspicions it was favored by the former administration. The company landed many government construction projects over the last five years.

The investigation team also sought a warrant to detain a 56-year-old executive of Daewoo Engineering & Construction surnamed Ok on Thursday. The prosecutors said that Ok allegedly received kickbacks from subcontractors for helping them win contracts between 2009 and 2012 when he was the director of Daewoo’s domestic engineering business department.

The prosecutors also raided Yooshin Engineering, which was a safety inspection firm working on parts of the four-rivers project on Thursday.

The prosecutors secured computer hard drives and accounting documents from the company’s office in Yeoksam-dong, southern Seoul and also summoned the company’s chairman and questioned him on whether he bribed major construction firms. Yooshin was the safety inspection firm for the Gangcheon Reservoir that Hyundai Engineering and Construction built near the Han River.