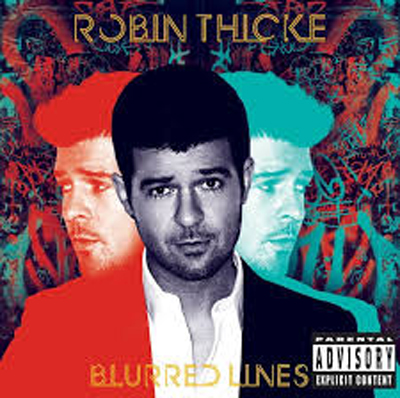 After spending most of his decade-long recording career as one of R&B’s journeymen - a sensuous crooner with the occasional crossover hit - Robin Thicke has exploded into pop’s consciousness with “Blurred Lines.” It’s the undeniable song of the summer and may turn out to be the single of the year. The Marvin Gaye-inflected, sex-filled dance groove (and its naughty video counterpart) has become a cultural flashpoint, sparking parodies, commentaries, endless radio replays and an unknown number of hookups.

It’s a triumph for Thicke, to be sure - but the tricky part of having success is sustaining it. It’s not something Thicke has managed that well through the years, particularly after scoring with 2007’s smoldering “Lost Without U.” Will “Blurred Lines” end up being a transcendent, but very singular moment for the 36-year-old singer?

With 11 tracks, “Blurred Lines’’ is tightly woven but still manages to bring in different flavors, from electronic dance music to R&B anthems to between-the-sheets grooves. Thicke wrote (or co-wrote) every track, and while it has names such as Dr. Luke and will.i.am as contributors, he remains the star of his own show.