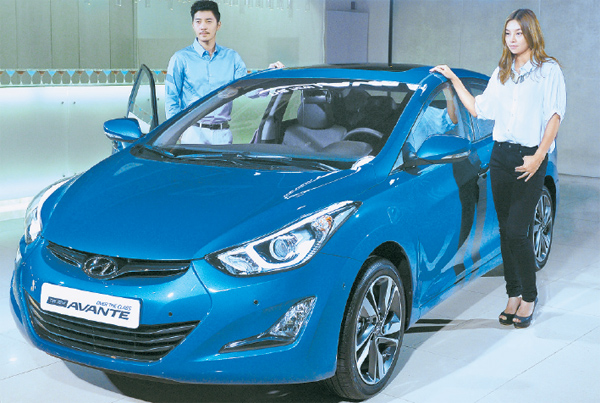 Hyundai Motor’s new Avante is introduced at JBK Convention Hall in Samseong-dong, southern Seoul yesterday. The latest Avante, marketed as Elantra overseas, is a “face-lifted” or partially redesigned version of the fifth generation Avante that was introduced in 2010. The popular compact car comes with a 1.6-liter diesel engine. The price of the new Avante ranges from 15.45 million won ($13,830) to 20.90 million won. [NEWSIS]