Seong-su (Son Hyeon-joo) is a successful man raising his family in a luxury apartment. He also happens to have a compulsion to tell the truth while keeping a secret about his older brother. One day, Seong-su learns that his brother is missing and goes to his brother’s apartment building for the first time in decades. There, he finds strange symbols carved into every apartment door and meets Joo-hui (Moon Jeong-hui) and her young daughter. Joo-hui is convinced that someone is spying on them and lives in constant fear.

Seong-su figures out that the symbols carved onto the doors signify how many people of each gender live in each apartment. He finds similar symbols carved into his door when he returns home, but the symbols indicate that there is one more person in there with his family. 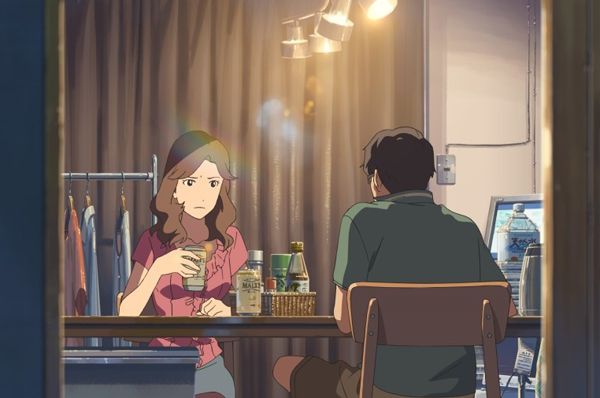 High school student Takao dreams of becoming a shoe designer. So much so that he skips class to go to the city garden and sketch his ideas. While there, he meets a girl named Yukino, not knowing how much she is going to affect his life. Yukino is an odd girl, younger and more naive than Takao. But despite their differences, Takao decides to make a pair of shoes for this girl who’s somehow forgotten how to walk, even though he doesn’t even know her name.

But as the rainy season comes to an end, there is something left unspoken between Takao and Yukino, and it is up to Takao to see if he can change the nature of their relationship. 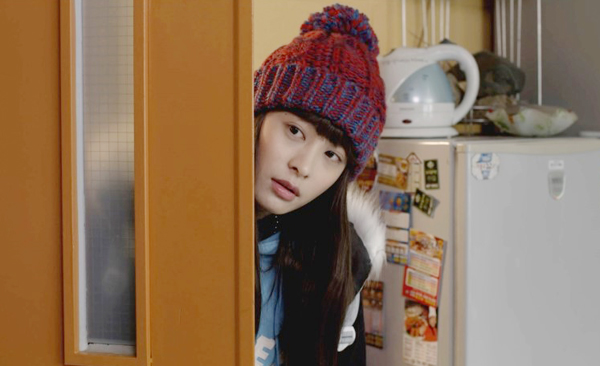 This is a comedy about a young director, Mu-yeong (Kwon Hyun-sang) who receives an unexpected wad of cash after staging a public denunciation of a big-shot director, putting a nobody in charge of directing his own film. His choice of genre is zombie melodrama, and he struggles with it.

Most of the problem comes from the girl he loves, Ah-yeong (Park Hee-bon), whom he casts as the protagonist. The film is a coming-of-age story that targets mainly those in their 20s and early 30s, or perhaps anyone fresh out of university or who is unemployed and poised to make a name for themselves. At one point, Mu-yeong wonders, “Christopher Nolan drank wine while writing the script for ‘Inception.’ But why can’t I pull it off? Is it because it’s white wine?” The indie film is peppered with detailed humor, not dissimilar from the kind we’ve seen in ‘Man Manual,’ but perhaps less sexually explicit or just absurd.

So Jae-young’s debut film is a fresh alternative for a summer filled with heat and unspectacular blockbusters.

The film is set in Bundang, an affluent suburb of Seoul. An illegal immigrant who was affected by a bird flu quickly spreads the virus to nearby residents and the epidemic turns the city into a total mess. While people in the city go almost mad to survive, a doctor who is the single mother of a young daughter, In Hae (Soo Ae) voluntarily goes into the mess to save her daughter, Mi-reu (Park Min-ha), with the help of a rescue worker, Ji-Koo (Jang Hyuk).

At first glance, the film seems much predictable in part because of the previous, similarly-themed movie “Deranged,” but proves it has more substance. A version of the film with English subtitles is playing at 4:20 p.m. on Sunday at CGV Yongsan. 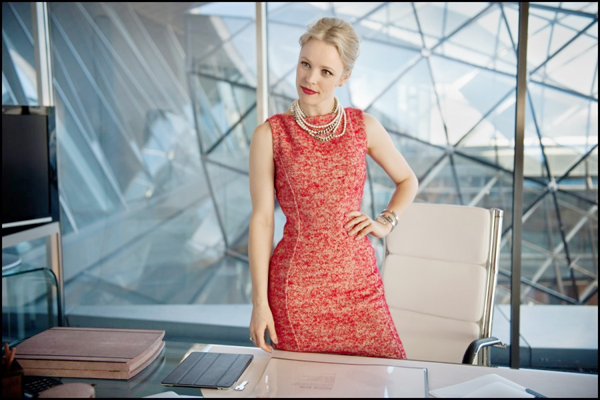 The movie starts out focusing on the rivalry between two rising female executives, Christine (Rachel McAdams), and her immediate subordinate, Isabelle (Noomi Rapace), in a prominent advertising company. At first glance, the two women with much in common seem to have a harmonious working relationship, but things take a nasty turn when devious Christine claims Isabelle’s brilliant idea as her own.

In response, the seemingly innocent Christine starts to seek revenge, falling into bed with one of Christine’s lovers. So an all-out war between the women ensues, leading to public and private humiliation and more.

Mary Katherine (Amanda Seyfried) goes to live with her eccentric father, Professor Bomba (Jason Sudeikis), after the death of her mother. Bomba’s obsession with finding a civilization of tiny humans in the nearby forest drives Mary Katherine to try and run away.

However, she meets Tara, queen of the forest (Beyonce), and finds herself shrunken among the tiny people her father is looking for.

Mary Katherine must safely deliver a pod containing the new queen of the forest.

With the help of two warriors (Colin Farrell and Josh Hutcherson), a slug (Aziz Ansari) and a snail (Chris O’Dowd), Mary Katherine must try and save the world from the evil Mandrake (Christoph Waltz).

An internationally acclaimed music group that has been playing around the world for 25 years is the focal point of this movie.

Within the four members of the quartet, one can see a wide range of personalities and interests, but their mutual love for music is what allows them to become one entity when playing.

One day, Peter (Christopher Walken), the paternalistic cellist and the founder of the group, is diagnosed with Parkinson’s disease.

In contrast to Peter’s calmness in the face of impending death, the quartet members are thrown into confusion. The members had previously set aside their differences in favor of their contributions to a collaborative endeavor. But now they struggle to come to terms with their identities and what the future holds for their relationships and their careers as musicians.

The setting of New York City’s blistering winter, a favorite for many romance films, is appropriate for the film’s examinations of the four members of the quartet as individuals.

Although the visuals are stunning, however, the film’s greatest strength is its richness in music.