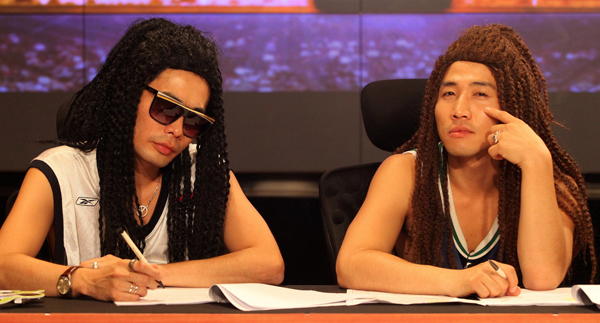 Entertainer and singer Yoo Se-yoon released a new song yesterday as a member of the male duo UV after he made a small screen comeback on the comedy show “SNL Korea,” a local version of “Saturday Night Live” in the United States.

The song “It Can’t Be True” tells some of the stories experienced by longtime couples. The melody is based on a music genre called slow jam, which mixes R&B and soul, known for its smooth sound.

In the song, the duo worked with singer Ha Dong-gyun, who performed with UV in its previous concert in May as a special guest.

With the release of the EP, Yoo plans to push promotion from now on, signaling his comeback to the entertainment scene. He has been taking a break since May when he turned himself voluntarily to the local police after driving under the influence of alcohol.

He then stepped down from all the TV shows he was working on, including the shows “Knee Drop Guru” and “Radio Star,” and comedy show “SNL Korea” on cable channel tvN.