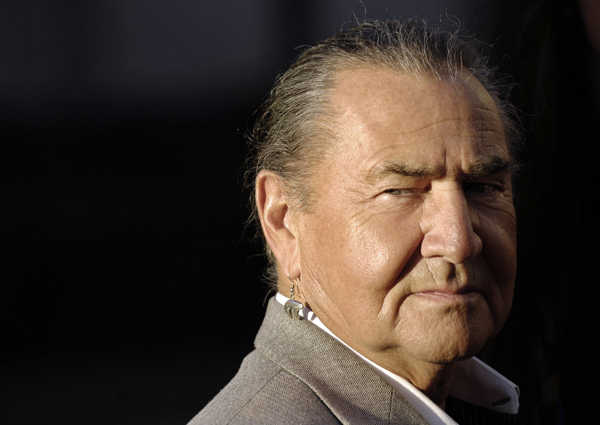 DALLAS - Canadian-born actor August Schellenberg, who starred in the “Free Willy” films and appeared in numerous television roles, has died at his Dallas home after a fight with lung cancer, his agent said Friday. He was 77.

In 2007, he was nominated for an Emmy as a supporting actor for his role as Chief Sitting Bull in the HBO series, “Bury My Heart at Wounded Knee.”

Schellenberg’s big-screen work also included an appearance in the 2005 film “The New World” alongside stars Christian Bale and Colin Farrell.

One of his last notable works was in 2012, when he played the lead role in an all-Canadian cast for Shakespeare’s “King Lear” at the National Arts Centre in Ottawa, said his agent, Jamie Levitt.

“I got a call this morning from the NAC saying they have lowered their flags to honor him,” Levitt said.

“He was a loving father and grandfather and a very good husband. He was a very well-known Canadian and an iconic actor.”