Reed and Huh are neck and neck at Wyndham

Reed and Huh are neck and neck at Wyndham 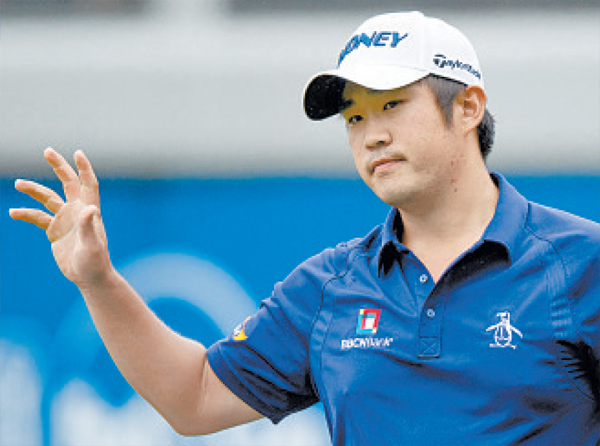 GREENSBORO, North Carolina - Young guns Patrick Reed and John Huh had their struggles but ended tied for the lead after the third round at the $5.3 million Wyndham Championship on Saturday.

On a day when there was little movement among the lead pack, Reed carded a reasonable one-over-par 71 in intermittent rain at soggy Sedgefield Country Club.

He missed a 10-foot par putt at the last, while Huh holed out from a slightly shorter distance to salvage par. Earlier, Huh made just about the worst possible start with a triple bogey at the second hole.

Eight players are within two strokes of the lead going into Sunday’s final round.

PGA Tour rookie Reed dropped three strokes in the first 13 holes as he struggled with his driver, but a good tee shot at the 14th got him back on track and he reeled off three consecutive birdies.

“I was having issues with the driver, hitting everything left of left but the tee shot on 14, that was a key point,” said the 23-year-old Texan. “I’m very excited [to have the lead] but at the same time I’ve got work to do.”

Huh, who is barely two months younger than Reed, showed composure beyond his years after his disastrous second hole, where he took five strokes to negotiate the final 60 feet.

“I pulled my second shot into the wrong spot and instead of taking my medicine I got too greedy,” said Huh, who could not stop his third shot on the green. “It was a pretty rough start, but I was able to hang in there and get everything together and here I am tied for the lead.”

Huh was born in New York but spent 12 years of his childhood in South Korea before moving back to the United States.

Former Masters champion Johnson made the biggest move, reeling off five birdies before bogeying the final hole, the only blemish on his card, for a 66, equal to the day’s best score.

Less than an hour of play was possible Saturday morning before persistent rain rendered the course unplayable shortly after 8 a.m.

More rain is forecast for Sunday.