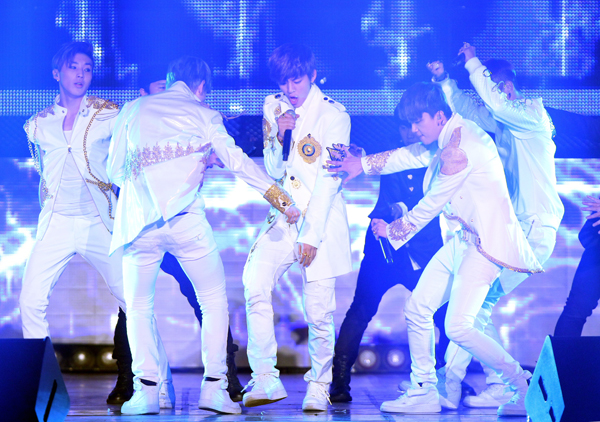 B.A.P.’s tour was not only limited to Korea, but included four Asian countries such as Japan, Taiwan, Hong Kong and Singapore, as well as major U.S. cities such as Los Angeles, San Francisco, Washington, D.C. and New York. This concert has made B.A.P. more popular among Korean and international fans. In fact, a recent encore concert garnered about 2,000 fans who came from other countries.

In the concert, each member of B.A.P. showed off his distinct characteristic on stage, such as powerful dancing, fabulous singing, collaborating with a rock band, performing as a DJ and much more.

In addition, a recent encore concert caught the attention of many fans who were looking forward to seeing all six members perform. Since Himchan of B.A.P. couldn’t perform at the last concert in Seoul because of an unexpected finger injury, he still returned to the stage.

Meanwhile, B.A.P. will continue gathering more momentum with its title song “Badman” which was ranked No. 1 on iTunes hip-hop album chart, and also took the No. 1 spot on the Billboard World Album chart.