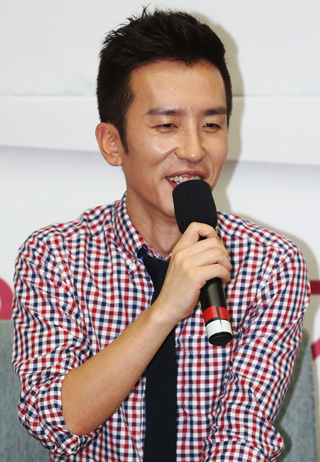 Singer Yoo Hee-yeol, who has his own music show “Yoo Hee-yeol’s Sketchbook,” said yesterday that it is important for his show to have idol groups at a press conference to commemorate the fact that it had aired more than 200 shows so far.

“It is true that people talk when idols come onto the program, but we want to have the hottest singers at the time be able to come on to the show and talk about themselves,” he said, adding that he has acknowledged that some of the fans have showed discomfort over the idol groups making an appearance on his show.

“They are loved by the public, so it is righteous for us to hear their stories.”

The program, which started its run in April 2009, has specialized in inviting singers and musicians onto the show. It has invited a variety of guests, from idol stars to indie bands.