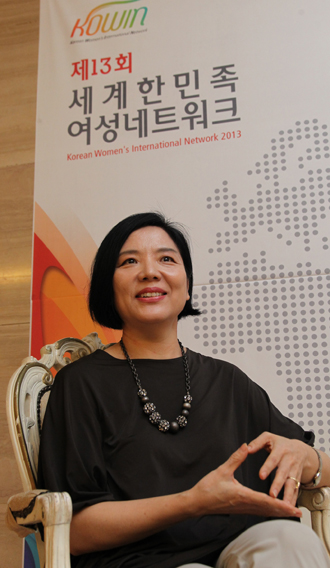 Lee Seon-hee, 51, is the first Korean attorney to practice law in Vietnam. She graduated from the Judicial Academy of Vietnam’s Justice Ministry, and is currently practicing at one of the leading law firms in Vietnam, Vision & Associates Legal. Lee also teaches Korean corporate culture at the Foreign Trade University in Hanoi.

Lee’s first experience in Vietnam occurred prior to the establishment of diplomatic relations between Korea and Vietnam in 1992. She had accompanied her husband, who was a manager at the Vietnamese branch of Samsung C&T’s Engineering & Construction Group.

“Back then, it was difficult to find other Koreans in Vietnam. Now, almost all of the large Korean firms have located themselves here. But it is unfortunate to see that most outstanding Korean students still prefer to study abroad in developed countries like the United States or Britain.”

Lee was the first Korean woman to receive a doctorate in cultural anthropology at the Hanoi National University in Vietnam. Subsequently, she lectured there and also began to study law.

Her interest in law began during a short stay in Korea when she volunteered to help Vietnamese workers in Korea with translations.

“Factories, pharmacies, and hospitals all over Korea called me for help every time they needed a translator. That was when I realized that becoming familiar with law would enable me to become more helpful,” Lee said. She added, “If the language was the only thing I was good at, the Judicial Academy wouldn’t have accepted me [into its program]. It was due to the diverse experiences that led me to become a Vietnamese specialist.”

During her current visit to Korea for the 2013 conference organized by Korean Women’s International Network, Lee argued, “It’s extremely difficutl to break into Vietnamese markets if students with varied knowledge and experience are not cultivated. The gross domestic product of Vietnam is $1,300 per capita. That’s a 10-fold leap from 20 years ago. But the level of talent among Koreans coming to Vietnam remains the same. We’re relying only on a few Vietnamese language majors.”

She also emphasized that it was very important for Korea to recognize Vietnam’s potential and to cultivate students with specialized background knowledge. In addition, she noted Korea’s exports to Vietnam comprised only 3 percent of Korea’s total exports, yet the export growth rate has recently been about 31 percent, a furious growth rate compared to those of Korea’s exports to major countries.

Lee participated in the “Roles of Korean Women for Cultivating Global Women Leaders” conference with her second daughter, who currently attends college in Korea. About 550 female leaders in the domestic and international sectors are participating in the conference. The seminar began on Aug. 27 and concludes today.