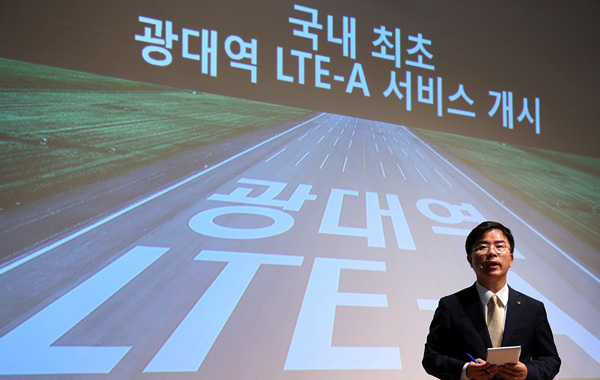 KT President Pyo Hyun-myung tells the media the leading mobile carrier will launch the so-called “wider broadband long-term evolution (LTE) service” this week. He told a press conference yesterday the service will expand to metropolitan areas across the nation by March and the entire country by July. The new service is an advanced form of LTE, upgrading the data transmission speed of LTE-enabled smartphones from the 75 Mbps to up to 100 Mbps. [NEWSIS]