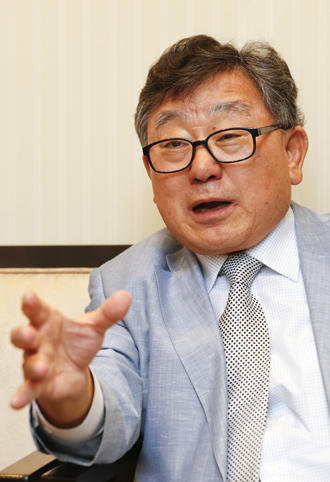 Chairman Tae H. Oum of the Air Transport Research Society has stressed the need for the Korean government to sign an open skies air transportation agreement with China in order to increase the number of Chinese tourists coming to Korea.

The society, headquartered at the University of British Columbia in Canada, is a private research organization promoting efficient international air travel. Oum a Korean-Canadian, was in Seoul for a conference to discuss how to improve Gimpo International Airport and its neighboring areas.

“Open skies” is shorthand for an agreement between governments to open their airports to all flights of flag carriers of the partner in the agreement. Commonly, air transport agreements are negotiated on a reciprocal basis, often with limits on the number of flights and the airports that can be used.

The 70-year-old aviation expert told the conference here that the aviation market in North Asia will grow to more than double today’s level within five years. He said open skies agreements are increasing in number and low-cost carriers add efficiency to the aviation market.

“[Such an agreement with China] will contribute immensely to the Korean economy, which has been entering a low-growth era,” Oum said, but complained, “Korea is content with the way things are at this moment.”

That could have bad consequences, he continued.

“China and Japan signed an open skies policy two years ago, and in 2015 the open skies agreement that China has made with Southeast Asian countries will go into effect. Numerous Asian low-budget carriers will be entering the Chinese market, and many of the major Chinese airliners will start new flights to Southeast Asia.”

In contrast, he continued, “Open skies negotiation between China and Korea are gridlocked. “Many Chinese tourists will choose to travel to Southeast Asia or Japan over Korea because those flights are more convenient and cheaper.” He said to solve this problem, Korea should speed up the pace of its negotiations with China.

“The best way to do this is for China’s premier and Korea’s president to get together and address the issue,” Oum said. “The Korean government needs to be willing to do some horse trading with China, where you give some in return for getting some.”

He said the Korean government had to be aggressive in creating a competitive environment but that the Korean market should be given about five years to prepare for open competition.

He suggested that Gimpo Airport be thrown open to all comers, to leave Incheon International Airport as an international transit hub.