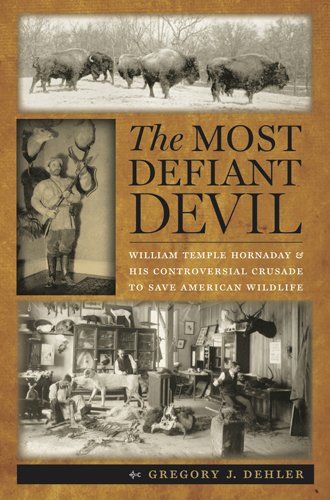 Irony alert: The man often credited with saving the buffalo from extinction began his crusade by killing 20 of the furry beasts. It had taken five weeks to find even a handful of buffalo in Montana in the fall of 1886, their numbers down from the millions to the hundreds after decades of unregulated hunting for economic gain.

William T. Hornaday wasn’t seeking meat or fur or even trophies - well, not exactly. He was the chief taxidermist for the U.S. National Museum, a branch of the Smithsonian Institution, and needed specimens. The hunt led Hornaday to write a book decrying the buffalo’s fate and to help create preserves. His efforts, and those of others, kept the buffalo roaming into the new century.

Hornaday came to believe that the extinction of the buffalo was not inevitable. “On the contrary,” writes biographer Gregory J. Dehler, “Hornaday maintained that something better could and should have been done to accommodate the advance of civilization with the buffalo’s right to existence.” As Dehler notes, Hornaday applied that view to the fur seal and other endangered species as he campaigned on their behalf.

“The Most Defiant Devil” is Dehler’s noteworthy chronicle of the life and career of this key figure in the conservation movement. He reveals a fascinating American, a man of vision and conviction whose stubbornness and hubris won him allies and enemies among lawmakers, potential patrons and fellow conservationists. He once described himself as an unrepentant sinner in regard to his past as a killer of animals and “the most defiant devil that ever came to town.”

Hornaday (1854-1937) was born in Indiana and grew up on an Iowa farm. His interest in wildlife led him to study zoology and then taxidermy at the state college in Ames, Iowa. Preparing specimens for scientists and museums promised him a living and an opportunity for travel around the country and abroad.

The great adventure of Hornaday’s life, a collecting trek to Asia undertaken when he was just 21, kept him from his fiancee and his home in Syracuse, New York, for two-and-a-half years. He hunted elephants, monkeys, orangutans and scores of other animals, protected or not, for museums and scientific study. Often beset by fever and short on funds, he survived the ordeal and wrote a popular book about his travels.

Opponents of his crusades would later accuse him of hypocrisy. Hornaday rationalized past hunting expeditions as proper because of the educational value of the specimens they produced. Hostile to market hunting and the use of modern firearms by hunters, he railed against their destructive impact on wildlife. He also pointed out the positive impact of animals, including birds that devoured insects to the benefit of agriculture. 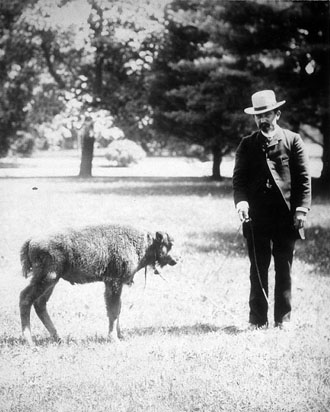 Hornaday’s advocacy for animal conservation found an anchor in New York at what would become the Bronx Zoo, which he helped found in 1896 and then served as director for 30 years. He was also adept at collecting wealthy and powerful friends, enjoying the support of the wealthy industrialist Andrew Carnegie and a future president, Theodore Roosevelt.

Dehler doesn’t shy away from noting Hornaday’s racism - he viewed many nonwhites as lazy, untrustworthy and corrupt. Demanding unwavering patriotism during World War I and the “Red Scare” that followed, Hornaday could be near hysterical in his attacks on Germans and Russians. While he could be genial and charming, he had a penchant for carrying on personal and professional vendettas against those who disagreed with him or otherwise crossed him.

Without question, animals needed tenacious defenders at the turn of the century. Hornaday was single-minded in pursuit of protections for wildlife easily overwhelmed in an industrial age. His influence proved to be deep - environmentalist Aldo Leopold was among those inspired by Hornaday’s writings - as well as long-lasting. The top conservation award of the Boy Scouts of America is named in his honor. Dehler’s biography performs the kind of work Hornaday once cherished - the dissecting and rebuilding of a unique specimen for people to ponder and cherish.


The Most Defiant Devil: William Temple Hornaday and His Controversial Crusade to Save American Wildlife