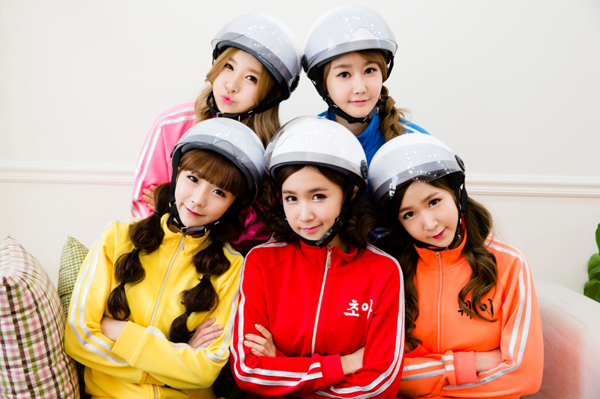 Girl group Crayon Pop has released a new version of their breakout hit “Bar Bar Bar” and its music video, redone with an emphasis on international audiences.

The new version shifts focus to the chorus with its English-language shouts of “Jumping!,” as well as more English graphics throughout the video.

The original “Bar Bar Bar” surprised many when it slowly climbed to No. 1 on the charts, powered by viral popularity and a video that most considered bizarrely simple but catchy.

“There is no particular change to the dances and outfits, but the new video was made to promote the dance more to global markets,” said an official at the group’s agency, according to local media reports.

“We decided to film the video at several popular places where many people gather, choosing parks to add another element of fun.” The new video will be distributed internationally through Sony Music.