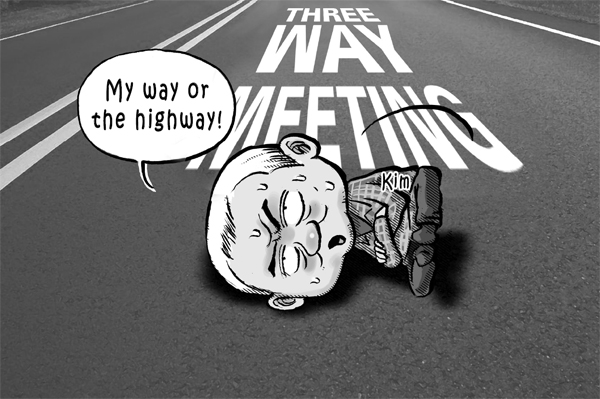 Opposition Democratic Party Chairman Kim Han-gill has stopped short of accepting President Park Geun-hye’s proposal to have a three-way meeting to discuss ways to end paralysis at the National Assembly. He wants reform of the National Intelligence Service to be the top issue on the agenda.