This Chuseok, it’s socks and soap

This Chuseok, it’s socks and soap 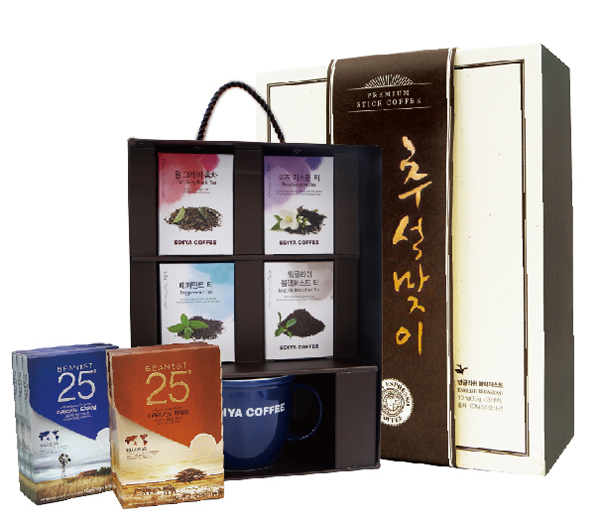 At a time of burgeoning household debt and slow economic growth, retailers are introducing practical gift sets for Chuseok at reasonable prices.

In line with the trend, 30 percent of all Chuseok gift sets for sale at Homeplus were 10,000 won or less and E-Mart, the nation’s largest discount store chain, introduced 120 gift sets at that price point.

E-Mart said sales of gift sets under 10,000 won surged 302.4 percent from Aug. 19 to Sept. 4, when it conducted preliminary sales by subscription, from a year earlier. Items included in the inexpensive gift sets were soap, shampoo and socks.

Food companies also have tried to offer some not-so-expensive options.

Beanist 25, the first instant coffee beans introduced by the local coffee shop last August, use 100 percent Arabica beans. The beans dissolve well even in cold water and are popular among busy office workers and young consumers. The teas were the best sellers at Ediya Coffee shops nationwide from January through May. The price of the gift set is 29,500 won.

“Due to the recent economic slump, the number of customers looking for practical gift sets for Chuseok under 30,000 won is increasing. Ediya Coffee also prepared gift sets at reasonable prices that will be popular among men and women of all ages,” said Sung Jung-heon, director of the marketing team at Ediya Coffee.

In the Monsters University Snack Gift Set, there are Cheetos, Kkockkalcorn, Harvest and Lotte Sand. Children can also make masks with the wrapping paper. The sets range from 10,000 won to 20,000 won.

Dr. Chung’s Food, a local soy milk producer, introduced practical gift sets priced in the range of 10,000 won. The Vegemil Chuseok Gift Set consists of Vegemil A and Vegemil B, its flagship soy milk products made of fresh beans that have been ground. It also includes other best sellers, such as Black Bean Soy Milk High Calcium Vegemil, good for bone health, Black Beans and Black Sesame Vegemil and Vegemil Black Beans and 16 Grains.