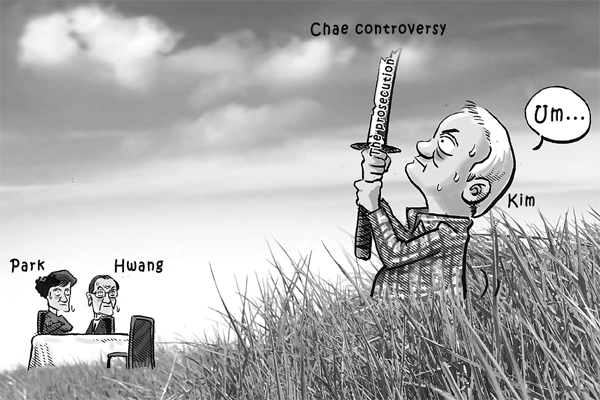 Going to a meeting today with President Park and Chairman Hwang of the Saenuri Party, the opposition leader Kim Han-gill brandishes his arms for the talks - a broken sword representing Korea’s prosecutors’ office, where Kim suspects the chief was forced to resign because of political pressure from the administration.