Timing not good, Ahn holds off on search for allies

Timing not good, Ahn holds off on search for allies 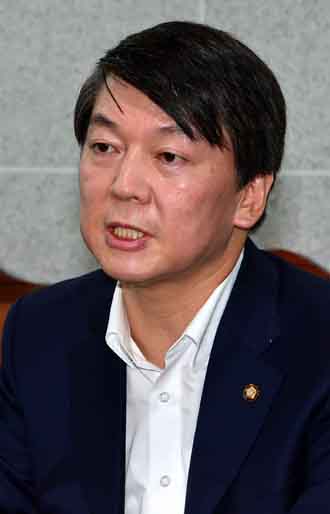 Representative Ahn Cheol-soo, an independent, said yesterday he would not try to recruit candidates for the Oct. 30 by-elections. Earlier, he had said he would be active in those elections in a bid to increase his political standing. By-elections are held to fill vacancies between scheduled local or legislative elections.

Ahn said that because only two seats in the National Assembly would be up for grabs, the importance of the elections has been reduced. Instead, he said, he would probably focus his efforts on the local government elections that will fill mayoral and local legislative seats next June.

Some estimates earlier had suggested that as many as 16 seats in the National Assembly would be vacant before the by-elections, mostly because their incumbents have been embroiled in charges of election irregularities. Depending on the severity of the sentences handed down after judicial proceedings, a legislator found guilty of such charges can lose his or her seat. But the Supreme Court has delayed rulings in several cases, leaving only a few seats to be contested.

The two parliamentary seats to be contested are the Pohang-nam/Ulleung District in North Gyeongsang, previously held by an independent, Kim Hyung-tae, who lost his seat in July for election law violations and the Hwaseong-B District in Gyeonggi, which had been represented by a Saenuri lawmaker, Ko Hee-sun, who died last month.

Ahn, who had presidential aspirations before bowing out in favor of Moon Jae-in of the Democratic Party, was elected to the National Assembly as an independent in the last by-elections, on April 24.

The digital entrepreneur-turned politician, who became a poster boy for reform, especially among younger Koreans, has continued to create buzz as a white knight who could drive change and reshape traditional party politics at the Assembly.

But his political star has dimmed a bit since his election, mainly because his doings have been overshadowed by the escalating row over alleged intelligence service meddling in elections, the sensational arrest of a lawmaker on rebellion charges and the release of details of a 2007 talk between Roh Moo-hyun and Kim Jong-il, the two Koreas’ leaders at the time.

“Timing is very important in politics,” a DP official commented, adding that Ahn should have moved to expand his political base during the first six months of the year when he was riding high and had Choi to advise him.