When online life starts to sour

When online life starts to sour 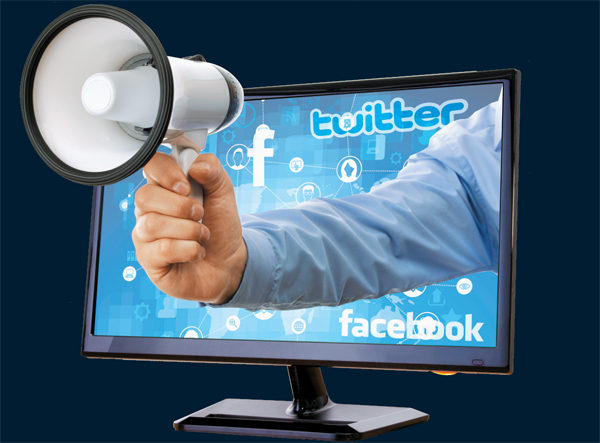 Mr. Kang, a 25-year-old student, was an avid Twitter user. Over 500 people followed him. To keep his “followers” up to date, Kang checked his account every 20 minutes and updated it frequently. Every day, his smartphone battery was drained.

Recently, Kang decided to walk away from social networking services and deactivated all of his accounts, including Twitter.

“At first, I thought the social networking services were a means to communicate with others with no restraint,” said the student, “But soon, I realized most of the communication being done on the Internet was petty nonsense.

“There were occasions in which Twitter users wrangled over trivial stuff. After having witnessed such things, I felt like I was just wasting my time doing social networking.”

Kang is not the only Korean experiencing SNS fatigue. Miss Koo, a 32-year-old office worker, recently stopped updating her Facebook account. Facebook woes began for Koo when she “friended” a coworker. The coworker, Koo said, began posting complaints about her work ethic on Facebook for all their mutual friends to see.

Some say most postings on social networking sites are little more than to brag about a person’s way of life.

“I feel like I am connecting to Facebook simply to let others know that I am ahead of a trend,” said another SNS user named Cho, 35.

Social media fatigue refers to people who quit their SNS activities because they are overwhelmed by the constant exposure of their own privacy and their SNS friends, some of whom they have never met. 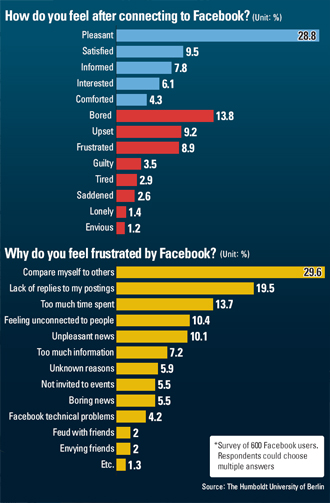 Some SNS users also become overly sensitive to remarks about them online.

More than one-third of the respondents said they are afraid of indifference of other users to their SNS postings.

A study by the University of Michigan released last month revealed that checking Facebook frequently leads to a decline in satisfaction levels. In contrast, the researchers discovered that satisfaction levels rose when people met their friends in person or communicated via telephone.

“To maintain an active status on SNS sites, a person has to spend considerable time updating his or her account as well as giving feedback to other users’ postings,” said Lee Ho-young, a researcher at the Korea Information Society Development Institute.

“And people can be stressed out if they think they are not impressive enough for others to be interested in their SNS activities.”

According to a study by the state-run Korea Information Society Development Institute, younger users experience a higher level of fatigue from online social activities.

And in reaction, a new model of “closed” social network sites has emerged. Naver Corporation’s “Band” and SK Communication’s “Daybe” are examples. To get into those sites you must be invited by an existing member, and unlike Facebook there is no search feature which gives you information on people you don’t know. Members can only make postings on a community site, not on a personal SNS page.

“A new SNS trend will emerge that will center on more selective choosing of one’s followers based on offline experiences,” said Ryu Cheol-gyun, a digital media studies professor at Ewha Womans University.

Choi Yun-jeong, a researcher at the KT Center for Economics and Business Studies, said it is important for users to strike a balance between SNS activities and reality by setting a standard of much personal information they want to make public online.

“Rather than cutting off all links to SNS activities, I recommend people find a right balance in pursuit of ‘digital well-being,’?” she said.