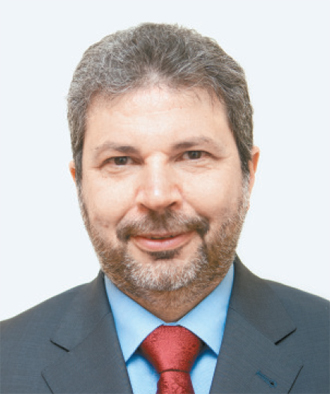 The Kingdom of Saudi Arabia’s 83rd anniversary of National Day comes at a time when the comprehensive development renaissance, based on the foundation laid by the founder, His Majesty King Abdulaziz Bin Abdul Rahman Al Saud, continues apace.

Building on the intellectual, institutional and management foundations established by the founding king, and guided by his ideas and practices in development planning and economic management, the sons and successors of the founding king have continued the efforts that led to remarkable achievements and successes in all fields, which has been reflected in the continued rise of living standards, improvements in quality of life, comprehensive construction and industrial renaissance, as well as the advanced economic and social services throughout the country.

These achievements are a clear testimony of the effectiveness of the developmental approach that has been adopted by the Kingdom; an approach that combines scientific planning, targeted rationalization and continued support for the private sector within the framework of economic freedom and individual initiative.

Over more than 30 years, the Kingdom of Saudi Arabia has achieved remarkable advances in the structural and socioeconomic fields. The Saudi Arabian economy has now gained enormous strength and has increased its ability to adapt to changes and embrace development, capable of withstanding global economic changes.

Thanks to the modernization of its institution and administration, as well as the development and facilitation of regulations and procedures, the Kingdom has witnessed a significant improvement in its business environment and thereby enhanced its attractiveness to foreign investors. The volume of foreign investment in Saudi Arabia has increased markedly, making it one of the most attractive investment destinations in the Middle East.

Focusing first on the people of Saudi Arabia as the ultimate goal of the country’s development, the country’s human resources policy has gained great importance and has been in accord with the Kingdom’s renaissance in comprehensive development. As a result, education and training have grown to an unprecedented level, due to the government’s keenness to provide the requirements needed for human resources development. Special attention and extensive interest in the health of citizens has coincided with attention to education and training.

Remarkably, when the development process of the Kingdom is examined, there are indeed clear similarities between the early days of Saudi Arabia - the reign of the founder king - and the current period.

The founder king adopted modern methods for developing agriculture and water resources, management of oil exploration, building transportation and communication networks, provision of educational services and health care, and building the institutions of the country with national and foreign expertise while dispatching Saudis abroad to specialize in various fields.

Following in the footsteps of the founder king, the Kingdom of Saudi Arabia has been, and still is, eager to expand the use of science and technology in all production and service fields, and to transfer knowledge and advanced technology through trade and foreign direct investment. There are an increasing number of Saudis sent overseas on scholarships to acquire modern knowledge and expertise.

In furthering this trend, the Kingdom has made great strides and has begun to move towards carrying out mega-projects in its quest to lay the foundations of a knowledge-based economy and an information-led society.

More than fifty years have passed since the establishment of diplomatic relations between the Kingdom of Saudi Arabia and the Republic of Korea in 1962. Since then, the relationship between the two countries is developing in all fields: politics, economics, culture, education, military, health and others.

Such developments are responsive to policies and principles stipulated in mutual agreements, talks and visits by officials from the Kingdom of Saudi Arabia and Korea. Such efforts made the two countries’ relations one of the most important international relations within half a century.

The mutual relations have been characterized by sincerity, honesty and commitment to all that have been agreed upon, without seeing problems or misunderstanding when carrying out these promises and agreements.

With the establishment of the Saudi-Korea diplomatic ties, the Embassy of Saudi Arabia opened in 1974 in Seoul as the first Arab Embassy in Korea. The Saudi-Korea bilateral relations in its early stages witnessed a number of achievements, with the participation of Korean experts and manpower in the Kingdom modernizing its infrastructure, mainly with implementation of various projects for roads, public buildings, water desalination, power generation, information technology and many others.

This was, indeed, quite enough to make Korea more qualified - thanks to its companies, experts, and well trained manpower - and thereby to win a significant share of large-scale projects carried out in the Kingdom. It also paved the way to conclude more deals between the two countries to carry out such projects, based on the needs of the Kingdom and the requirements of its development. In other words, the Saudi-Korean relationship has been “full of singularity,” as has been described by Former President Lee Myung-bak during a meeting with Saudi businessmen last year in Riyadh.

Recent economic data confirms that the size of trade between the Kingdom and Korea has reached $50 billion for the year 2012. The Kingdom of Saudi Arabia is the fourth largest trading partner of the Republic of Korea, while Korea is Saudi’s fifth largest one. There are more than 129 joint projects ongoing, where the Kingdom has recorded the highest rate for contracts for construction projects with the value of $119 billion till May 2013.

Those who review economies and know the global economic status of the Kingdom of Saudi Arabia and the Republic of Korea will not be surprised at the solid Saudi-Korea partnership of over a half a century, or their capability to create a productive environment as witnessed by mutual cooperation between the two countries, and how they became the members of G-20, the group of richest economies in the world. The friendship between the two countries, and their similar policies, enabled both governments to draw a road map of their bilateral relations to help make a larger partnership by enhancing the value added to such a relationship every year.

A number of agreements and committees - mainly the Saudi-Korea Joint Committee - that connect both countries assures they build a genuine partnership that does not exclude any activities, leading to a comprehensive bilateral cooperation that is responsive to the interests of the people of both the Kingdom and Korea.

Relations in the political domain have also witnessed similarities in views toward global issues and developments over the last 50 years.

Such achievements show the assurance and willingness of the Kingdom of Saudi Arabia and the Republic of Korea to sustain and support such a relationship, with a strong desire on both sides to develop relations in line with the principle of mutual benefits, interests and common policies that combine both countries.