U.S. had little ‘Control’ over nukes in its command

U.S. had little ‘Control’ over nukes in its command 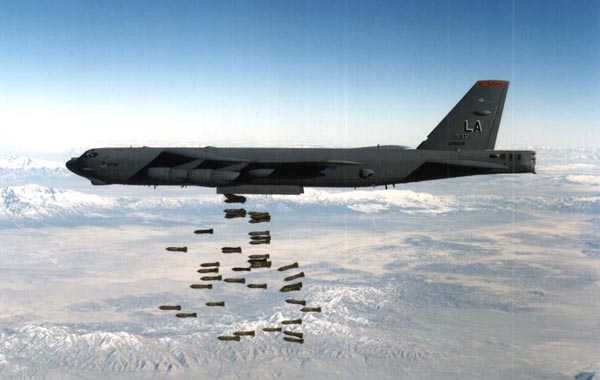 A file photo of a B-52. In his new book, Eric Schlosser tells frightening tales about the U.S nuclear program, including one about an incident involving a B-52 in 1961. [JoongAng Ilbo]

Three days after John. F. Kennedy’s inauguration, a B-52 went into an uncontrolled spin above North Carolina, sending a pair of fully operational hydrogen bombs plunging toward the ground.

The firing sequence initiated in one bomb, as one safety mechanism after another failed. The only thing that prevented the 4-megaton thermonuclear bomb from exploding on American soil was one final mechanism that remained in the safe position.

The other bomb landed in a nearby swamp. Its explosives also remained intact, but the uranium core sank more than 70 feet and has never been found.

The gripping account, which had been buried in confidential files since 1961, is one of many harrowing tales recounted by Eric Schlosser in his latest investigative masterpiece, “Command and Control: Nuclear Weapons, the Damascus Accident, and the Illusion of Safety.” 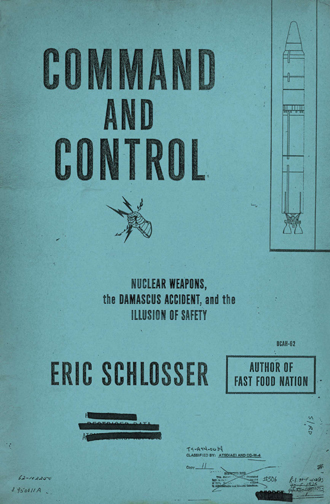 Using the Freedom of Information Act, the author of “Fast Food Nation” and “Reefer Madness” uncovered a trove of recently declassified documents about the nation’s nuclear program. The tale they tell is often frightening.

In the past 50 years there have been scores of incidents in which U.S. nuclear weapons were dropped during transport or allowed to degrade to dangerous conditions due to poor storage.

In other cases, nuclear bombs were left under such limited security that the weapons could easily have been stolen or set off by rogue elements inside or outside the American military.

The book details so many near misses that it’s almost hard to believe that what happened intentionally in Hiroshima and Nagasaki has never happened by accident in a single U.S. city.

The topic of nuclear weaponry is by its nature complicated. But Schlosser’s ability to present complex issues in easily readable terms makes the book a comfortable - if not comforting - read.

Schlosser describes how nuclear weapons work, and how early scientists grappled with technological limitations in building the bombs. He also traces the politics of the last half-century, providing context for why the U.S. government felt such a need to strengthen and always add to its nuclear arsenal.

But Schlosser’s most riveting work lies in a tale woven throughout the entire book. He relates the story of a nuclear crisis in 1980 that could have leveled much of Arkansas, or at least sent a massive poisonous cloud of radioactive gas sweeping across the state.

Workers in Damascus, Ark., had been performing routine maintenance on a Titan II missile, which housed a 9-megaton thermonuclear warhead. One worker, clad in a bulky protective suit, stood on a platform near the top of the nine-story-high missile and used a socket wrench to try to unscrew a pressure cap.

The wrench slipped from his grip and he watched helplessly as it fell 70 feet, puncturing a tank filled with toxic, explosive fuel. The fluid began to spray out, emitting poisonous gas and raising the risk that the missile would become unbalanced and collapse onto a second tank containing an equally hazardous oxidizer that helps fuel the rocket’s launch.

The events rapidly spiral out of control, and Schlosser offers play-by-play in rich, suspenseful detail. He describes how military officials try to figure out whether an explosion would set off the nuclear bomb, and how workers risk their lives to re-enter the complex and attempt stopgap measures.

The result is a real-life adventure that’s every bit as fascinating as a Tom Clancy thriller.

Schlosser is clearly on top of his game with “Command and Control.” His stories of nuclear near misses inspire trepidation, and his description of Cold War political machinations provide hints about the conversations Pentagon officials must be having nowadays when they review the country’s war strategies.

The takeaway is somewhat unsettling. Schlosser stresses that despite the risk of accidents and rogue acts of terrorism, a nuclear weapon has not destroyed any city worldwide since 1945. But, he adds matter-of-factly, “there is no guarantee that such good luck will last.”