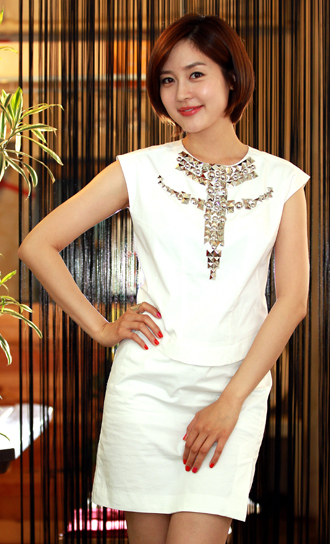 Actress Sung Yu-ri will have her first fan meet in Japan on Sunday, according to her agency, King Kong Entertainment, yesterday.

Sung, who is hosting the SBS talk show “Healing Camp” after taking part in several TV dramas including “Feast of the Gods” on broadcaster MBC, will meet with about 500 fans there.

As it is her first fan meet, she plans to show off charms she hasn’t yet shared with the public.

She will cook with fans during the event, give out her personal belongings as gifts and read some letters she wrote.

In addition, she will take time to shake hands with fans who have only seen her through a screen.

“She is very eager to get things ready to meet the expectations of Japanese fans,” said the agency.

“Along with her cooking skills, she will show off her singing talents by performing some of her favorite songs.”