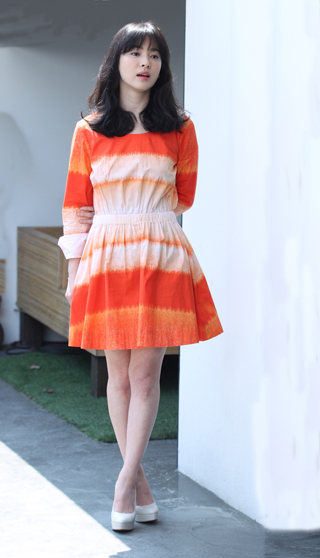 Song Hye-gyo seems to love history. The famous actress has teamed up with Seo Kyung-deok, a social studies professor from Sungshin Women’s University, to donate 10,000 copies of a Korean-language information booklet to a memorial hall in Harbin, China, that commemorates independence fighter Ahn Jung-geun.

The booklet explains Ahn’s life and his contributions to the independence movement, in particular his assassination of Ito Hirobumi, the first resident-general of Korea, on Oct. 26, 1909, at the Harbin train station. The booklet also includes a chronology of Ahn’s life and positive comments made about him by Chinese leaders.

“Although [the hall] is a historical space in China, it is inconvenient that there is not a booklet in Korean,” Song said.

“I hope this little contribution can help increase the number of visitors from Korea.”