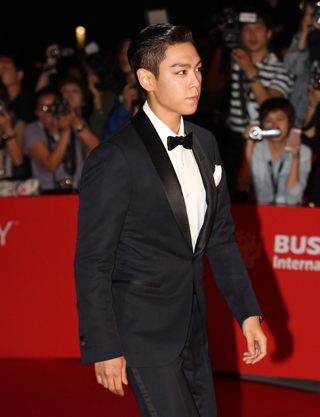 K-pop is already incredibly competitive, but Taeyang, a member of the supergroup Big Bang, could be facing an usually tough challenger - his band-mate T.O.P.

Even though Taeyang has a new album coming out today, T.O.P could also have a record coming out later this month.

T.O.P, who is starring in a new movie, “Commitment,” set to hit local theaters on Nov. 6, reportedly headed to the studio to cut some new songs soon after filming wrapped.

If T.O.P does release a record, though, no date has yet been set. His last album, “Turn It Up, was released in June 2010.