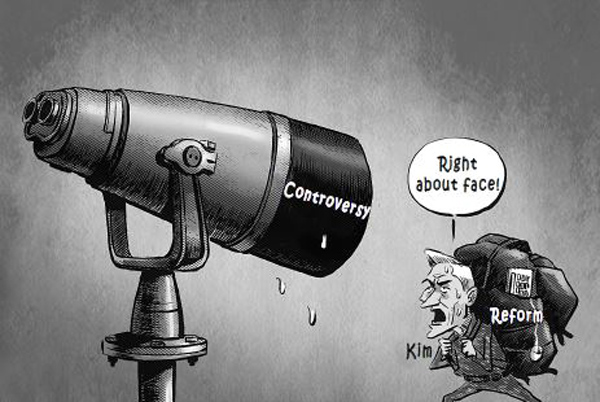 Defense Minister Kim Kan-jin is under attack for favoritism, such as dropping Major Gen. Jang Kyung-wook, head of Defense Security Command, from a promotion to a three-star general last month, reportedly because Jang criticized the minister’s favoritism-based appointment style at the National Assembly.