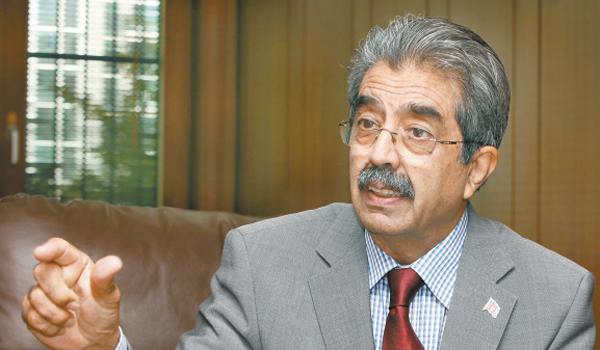 As Afghanistan recovers from years of conflict, it can reference Korea’s postwar recovery, especially through the participation of women in government and society, rural development projects and human capital development, said Afghanistan’s top envoy to Seoul.

After the fall of the Taliban a decade ago, “we started a new phase with Korea,” Ambassador Mohammad Yunos Farman told the Korea JoongAng Daily in an interview last Thursday at the embassy in Yongsan District, central Seoul.

This year, the two countries celebrate 40 years of diplomatic ties.

“For the reconstruction phase of Afghanistan, Korean participation was very important and appreciated, especially because there were similarities between the Afghan situation at the time and Korea’s situation back in the 1950s,” he said. “And the Afghan people, of course, appreciate the assistance provided by the Korean people and the Korean government to our country.”

“Another point we have to look at for the future of Afghanistan - that is the participation of women,” Farman said. “Half of your society was paralyzed, like in Afghanistan, but you began to share your life, your activities with women. With men and women working together, you could achieve [human capital development].”

Farman has been posted in Seoul since July 2011 and previously served as ambassador to Malaysia from 2005 to 2009.

“Before coming here, I met with [Afghan] President Hamid Karzai. I won’t forget his advice to me, saying, ‘Ambassador, you [are going] to a country that is one of our best friends, and all lights are green to cooperate with this big nation.’”

But, he admitted, “Before coming to Korea, I could not even imagine - through the Internet, through the newspaper - your level of development, what you had achieved.”

He said he was most inspired over his three years here by the Saemaeul (New Community) Movement, Korea’s rural program that helped spur rapid growth from the 1970s through the 1980s.

“Even when I was a child, sometimes going outside, I would see some people just doing nothing.”

After coming to Korea, he said, “I tried to study [your] movement, and I could see that this movement was a very important factor of your development, of your miracle. Since then, I’ve wondered how we can also introduce this movement in Afghanistan - to use our human capital, to use our people - because movement is life.”

Since 2003, Korea has deployed troops to Afghanistan and began extending overseas development assistance. Ongoing projects in Afghanistan include the construction of hospitals and other infrastructure, training programs for civil servants and reconstruction efforts through the Provincial Reconstruction Team in Parwan Province.

“Around 400 public servants of Afghanistan traveled to Korean for two to three weeks and were trained here,” he said. “I always ask them to share their experience with other Afghans” when they return back home.

Even though relations between Korea and Afghanistan have sometimes been rocky, there are still various routes for future cultural and economic cooperation between the two countries, Farman added.

“We didn’t know that Afghanistan is a very rich country, especially in underground mining, according to some European and U.S. institutions, billions of dollars worth. To extract that, to use that, and benefit the Afghan nation, we have to be very careful,” said Farman, adding that Afghanistan has to exercise caution in signing contracts.

“All Korean companies are welcome in Afghanistan to do something, even to study, to prepare for a long-term investment on the use of these mines… We are working on this for the next few decades,” he said.

There are some impediments to the process, however. Korea imposed a travel ban to Afghanistan in 2007 following a hostage crisis in June that year when 23 Korean missionaries were abducted by the Taliban while traveling through Ghazni Province. Two male hostages were executed before an understanding was reached.

Those who wish to travel to Afghanistan require special authorization from the Ministry of Foreign Affairs in Seoul.

“I am attached with [the Foreign Ministry] and some other authorities to ease this ban, especially for business people,” said Farman, adding that it is one of the goals he wants to achieve before completing his term here.

Currently, Afghanistan is at a turning point. The country is looking toward a decisive presidential election, and is in the process of negotiating a bilateral security agreement with the United States, which is awaiting approval by the Afghan assembly. Farman emphasized that he was “optimistic.”