Politician claims to have superpowers

Politician claims to have superpowers 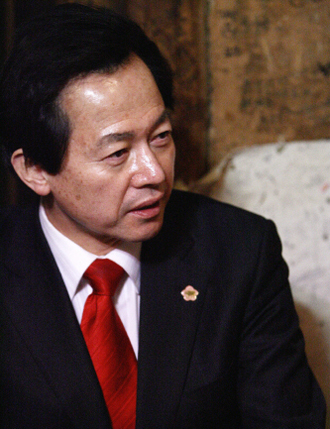 Huh Kyung-young, a former presidential candidate in 2008, said that boy group Exo is imitating him.

Huh, who won 0.4 percent of the vote in 2008 and has a history of making, err, unusual statements - like having an IQ of 430 - made his latest claims on a phone interview on the entertainment show “K-Star News” on cable channel SBS E! yesterday.

When Huh was asked if he knows Exo and its members claims to be aliens with superpower, Huh responded that he was one the one who came up with their names and gave them their powers.

“They are all mimicking me,” Huh said, adding that he can exercise all the superpowers that Exo’s members claim to have.

Huh also used his powers to predict the comeback date for the group - he guessed Dec. 5, saying the group would use the Christmas season to promote sales of a new album.