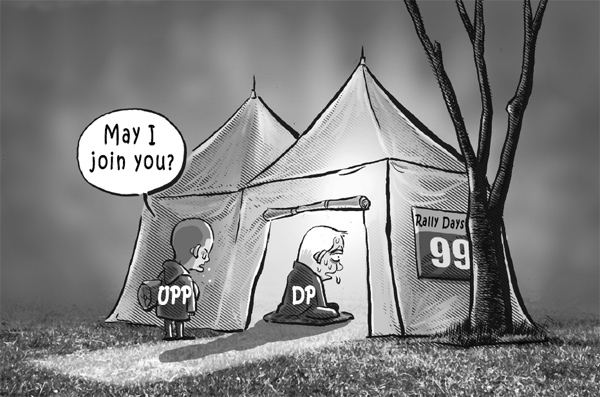 The Unified Progressive Party, which awaits a judgment from the Constitutional Court on whether it will be
forcibly disbanded, plans to stage massive rallies at Seoul Plaza, where its former coalition partner, the
Democratic Party, still has tents up for rallies even after deciding to return to the National Assembly. By Park Yong-seok