Tony and Hyeri break up

Tony and Hyeri break up 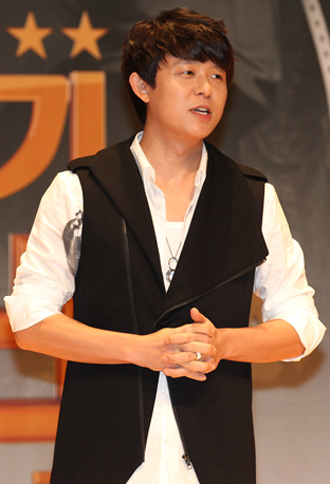 Tony Ahn, former member of 1990s idol group H.O.T, has broken up with his girlfriend, Hyeri of Girls’ Day, according to Ilgan Sports, an affiliate of the Korea JoongAng Daily, yesterday.

The agencies of the two celebrities confirmed the breakup, saying it happened because their busy schedules made it too difficult to find time for each other.

There’s no word, though, whether this breakup will stick. Tony told the MBC entertainment show “Quiz That Changes the World” last month that he and Hyeri ended their relationship once due to their 16-year age difference but decided to get back together.

“The program was recorded in September, and what he said at the time was true,” Tony’s agency said yesterday.

“The break up happened [last month], and as far as we know it has not been a month yet.”

The couple first admitted they were dating in April, a month into their relationship.