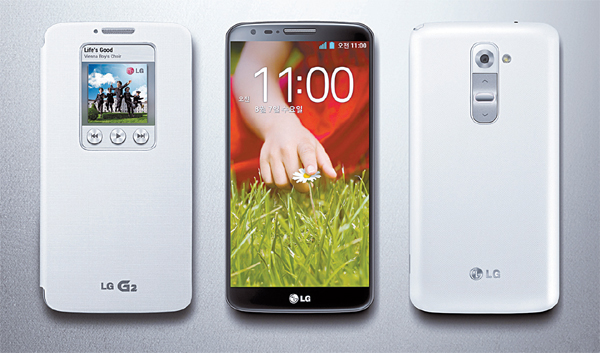 One of the two smartphone awards disclosed on the website of the Consumer Electronics Association went to the LG G2, which went on sale in August. Smartphone products that had not been released at the time of the selection process were not included in the announcement, but may have been evaluated.

Samsung won eight innovation awards for its televisions, including the Best of Innovations Award, which it has received for three consecutive years.

It also won three awards for tablets, including for the 2014 edition of the Galaxy Note 10.1. No award was given for its smartphone, in contrast to the nine it won last year.

Three other awards were for Samsung refrigerators and two for monitors. Its mobile D-Ram also won one innovation award.

“In addition to its unique content and services, Samsung is rolling out innovative products on a continuous basis,” said Kim Yang-kyu, executive vice president of Samsung Electronics’ North American headquarters. “We will exhibit state-of-the-art products during the 2014 CES, as well.”

LG won an award for the Optimus G smartphone last year, while it won two smartphone awards in 2012.

The two companies’ curved phones - the Galaxy Round and G Flex, were unveiled last month and were not considered for the awards, the companies said.

LG won six awards in television, including the Best of Innovations Award.