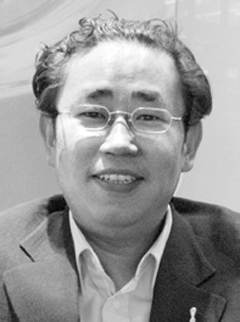 Last month, a group of cyclists took a journey across Korea. They started from the Han River, making their way to the Paldang Dam.

Over nine days, the group weaved its way through the Korean countryside, biking through Chuncheon, Yeoju and Sangju, finally ending in Andong.

The 15 foreigners were the first customers of Bike Oasis Korea, the country’s first travel agency specializing in cycling tours.

Choi Beom-seok, the CEO of the company, pioneered the idea and its inception. He previously worked on the 2002 Korea-Japan World Cup Organization Committee and is a licensed agent with FIFA.

“Nine percent of the tourists who visit Ireland travel by bicycle,” Choi said. “In the early 2000s, the bike tour industry in Austria grew 15 percent every year. Korea, too, has that possibility within its means.”

In the past few years, cycling-related industries have drastically expanded.

According to the Ministry of Trade, Industry and Energy, more than 2.5 million bicycles were sold in 2012, a 40 percent increase from 1.8 million in 2008. The market value is estimated to be worth about 750 billion won ($700 million).

But despite a boom in cycling equipment, with multiple bike routes at its disposal, Korea has been slow to catch on to the value of cycling tours.

“Bike tours are common in the U.S. and Europe. I’ve traveled Europe, Vietnam, Uzbekistan and Burma by bike so far,” said an American tourist, who gave his first name as Allen.

“I wanted to visit Korea two years ago, but I couldn’t find a relevant tour. So I applied when Bike Oasis offered one.”

Another cyclist had similar sentiments.

“One can ride bike freely in Korea for it is safe and the bike routes are well paved,” the female tourist from Switzerland said.

Choi agreed that Korea is perfect for bike tours.

“Eight of the CEOs of tour agencies overseas that sell cycling packages visited Korea recently and marveled at the bike routes,” he said.

Choi added, “Korea has lacked bicycle tour programs even though the number of cycling routes has increased over the last five years.”

Tourists also spend a few nights of their journey in a hanok, a traditional Korean house.

“Bike tours are more expensive than general tours. They require a guide for every five people in the group, as well as support vehicles,” said Choi.

“However, it’s an industry with a lot of value,” he continued. “As people have become more environmentally conscious and health conscious, its popularity has increased.”