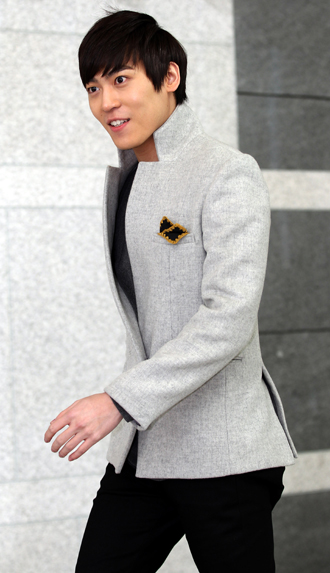 Singer John Park has decided not to join the KBS entertainment show “1 Night, 2 Days” as a regular member, according to local media reports yesterday.

An official at KBS reportedly said that it had a long discussion with the singer but decided against bringing him to the show. No reason was given for the decision.

The singer, who previously participated in Mnet’s survival audition program “Superstar K2,” had been taking part in several entertainment programs, including “Our Neighborhood Arts and Physical Education” on KBS.

With Park out, fans of the show are in the dark about who will star in the latest version of the popular Sunday show, as the new season is about to begin filming.

KBS has reportedly been trying to keep the cast a secret.