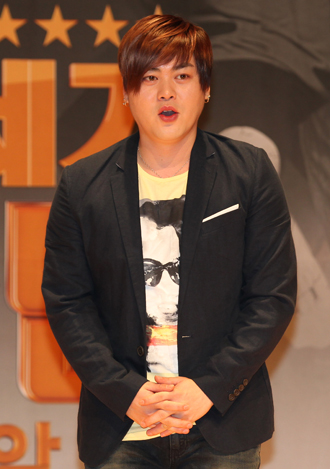 Moon Hee-joon, a former member of H.O.T, the iconic K-pop band from the 1990s, will share a story about how he almost lost the use of his legs today on the MBC entertainment show “Quiz to Change the World.”

On a recently filmed episode, Moon talked about a bad spill he took on stage while preparing for his group’s fourth album in 1999. He said he slipped in a pool of rainwater that had gathered on the outdoor stage and fell hard. Although it was hard for him to move at the time, he said he managed to finish the performance.

After the show, Moon headed to the hospital, where doctors told him that he required surgery that could mean he would never dance again. But without the surgery, there was a 50 percent chance his legs would be paralyzed.

Moon will also talk about how he overcame that predicament on today’s show.