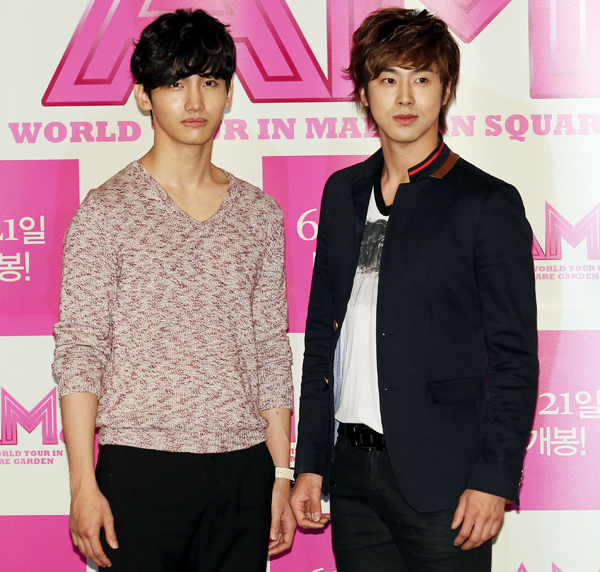 Hallyu icon TVXQ plans to release an album soon to commemorate the 10th year since its debut, reports Ilgan Sports.

“The group’s members are now finishing recording the album,” said an official who observed the duo working.

“Their new album will have around 10 songs, and it is almost like a full-length album, although it is a special album.”

In August during the group’s concert in Yokohama, Japan, Yunho mentioned that he was trying to come up with some ideas to celebrate the group’s 10th year together in December.

“We are thinking of a lot of things, although it is hard for us to talk about the details,” said Yunho at the time.

“We will prepare something for the fans, and it can be some sort of event or concert.”

Another official said that the album will come out in early January at the latest.