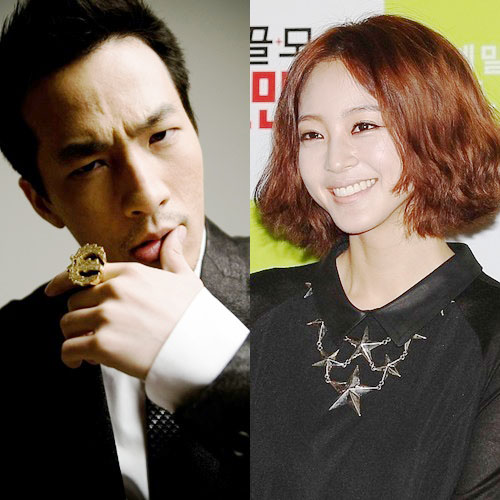 Actress Han Ye-seul and music producer Teddy Park of YG Entertainment have admitted that they are dating, after one local magazine reported on the relationship.

The two say they met through a mutual acquaintance earlier this year and have been dating since May.

Reportedly, the two quickly hit if off because both had lived a long time in the United States before they started working in the entertainment industry in Korea.

The two apparently have not had an easy time getting to know each other, as Teddy usually works on his music until late at night. But Han seems to understand this and so the two usually meet early in the mornings, according to the original news report.

Teddy, former member of 1990s hip-hop group 1TYM, transformed himself into a music producer after he retired as a performer. He has produced many albums for singers affiliated with YG, including Big Bang and 2NE1. Reportedly, he has earned more than 1 billion won ($941,000) from the copyrights on the songs he has written.

Han Ye-seul made her debut in Korea in 2001, and has mostly starred in television dramas such as “Tazza” and “Will It Snow on Christmas?”

But since a dispute with KBS during the filming of “Spy Myeongwol” in 2011, when Han refused to show up to filming and cited health problems, the actress has been keeping quiet.