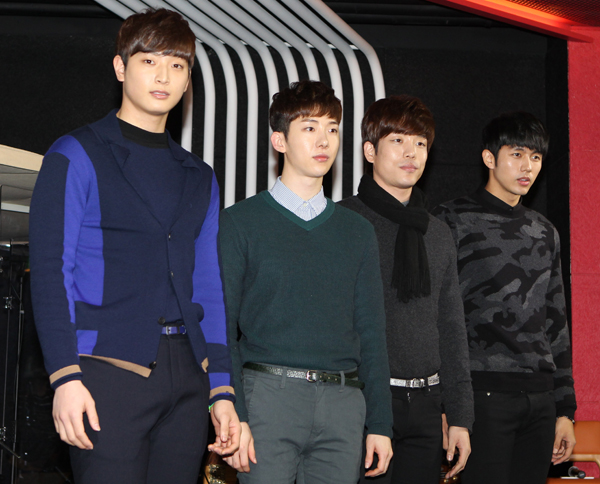 Boy group 2AM released its new mini-album “Nocturne” yesterday, and held a small concert to promote the record.

“Nocturne” came out early in the morning, after being delayed from its original release date of Nov. 19.

The recently released mini-album, the group’s third EP, contains just five songs, including “Regret,” the main song on the release. “Regret” tells of the sadness one may feel after a breakup with a loved one.

“We reflected on some ideas from the members of the group while choosing what song to release first and how to mix them while making the music,” said Big Hit Entertainment, the group’s agency. “We completed an album that shows the color of 2AM most clearly.”

The group will soon have two concerts at Seoul Olympic Park in southeastern Seoul on Dec. 7 and 8.