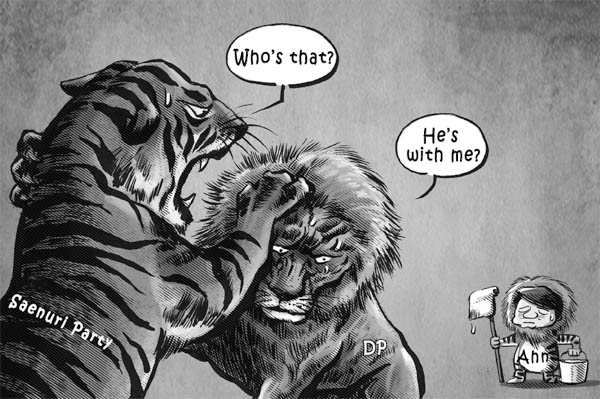 After independent lawmaker Ahn Cheol-soo, the failed presidential candidate in the last December’s election, announced he will set up a new party, the ruling Saenuri Party is trying to sound dismissive, while the opposition Democratic Party cautiously thinks it can bring Ahn over to its camp.