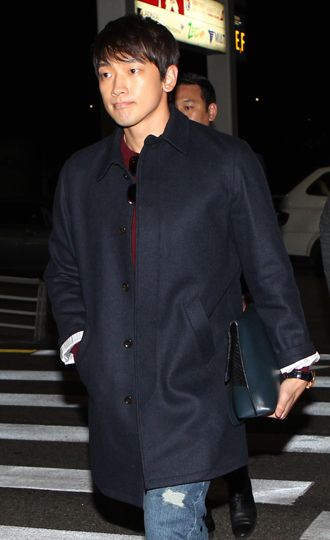 Despite once again being investigated for allegedly shirking his military service, Hallyu star Rain is concentrating on his comeback, said the singer’s agency yesterday.

Rain already told the world that his new album would be out on Jan. 6 during his performance at the Mnet Asian Music Awards last week in Hong Kong. But after news broke Thursday that a private citizen had filed a complaint to the prosecutors’ office about Rain’s military service, accusing him of breaking regulations by meeting with his girlfriend while serving, rumors started to swirl that he might delay his comeback to let the controversy blow over.

However Rain’s agency, confirmed that it is basically going to ignore the complaint for now.

When Rain was discovered to have violated regulations by meeting his girlfriend, the military put him on probation for a week. But the military said he was not guilty of any other violations, and he was allowed to finish his military service in July without incident.

In addition to the album and a role in the Hollywood movie “The Prince,” Rain is also said to be getting ready for a reality program about his life, to be produced by music cable channel Mnet.