Products that trim the heating bill

Products that trim the heating bill 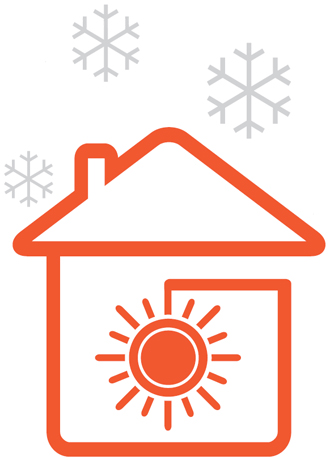 Due to the recent hike in electricity bills, consumers are becoming worried about heating costs. And as a severe cold spell is being predicted for this winter, low-power heating products are attracting attention.

On online shopping malls, bubble wrap used to insulate windows, vinyl curtains placed inside doors or windows, and door sweeps are selling like hot cakes. All three save on heating costs.

Sales of sweeps surged 95 percent for windows and 93 percent for doors at Interpark during the same period from a week earlier.

Other products that were popular were heat-generating shoe insoles, sales of which soared 162 percent on week, and curtains placed inside doors or windows, which jumped 99 percent at Interpark during the same period.

The online retailer Gmarket also saw its sales of door sweeps grow 99 percent during the same period from a week earlier.

Sales of wallpaper made of heat-generating fabric shot up 79 percent, and those of door sweeps increased 95 percent, while sweeps for windows increased 92 percent.

Hand warmers used both indoors and outdoors saw 107 percent sales growth at Gmarket during the same period, and sales of curtains for inside doors or windows jumped 104 percent.

At Auction, sales of bubble wrap increased 75 percent. The Triple Air Cap, which has vinyl added to the bubble wrap on both sides, is a popular product.

There is also bubble wrap with bigger bubbles, which is popular.

In its “Bring it on, the biting cold” sales exhibition, Interpark is discounting cold-beating products up to 84 percent. The Triple Air Cap is selling for 1,500 won ($1.41), 84 percent off the regular price.

Also, the Home Small Magnet Vinyl Curtain, selling for 5,900 won, has been introduced in a variety of sizes for windows, bedroom doors and front doors to reduce the loss of heat by?wind. It also has a separation in the middle that closes automatically due to magnets.

Gmarket is holding a “No. 1 Escape the Cold” sales event that offers discounts of up to 67 percent.

Dashop Magnet Windproof Widescreen, 14,290 won, designed to block wind and dust,?also uses magnets to seal itself after someone has walked through its two panels.